Tabernacle that once housed Ark of the Covenant unearthed at Shiloh! 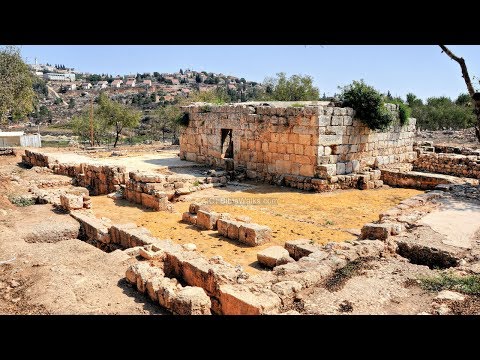 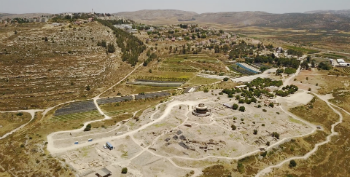 The possible site of the Tabernacle at Shiloh, where the dig is taking place.

LOS ANGELES, CA (California Network) -- Archaeologists have discovered the site of the ancient tabernacle at Shiloh, where the Ark of the Covenant was housed for 350 years. The site of their dig matches the Biblical description, and is littered with animal bones from sacrifices.

The site hasn't yet been confirmed, but the clues are so obvious it makes it almost certain. A number of the bones have been sent for forensic analysis. Biblical animal sacrifice required specific animals, of a young age, be killed in a ritualistic manner. If forensic examination confirms the bones are consistent with this practice, it will confirm the finding.

The dig was performed between May and June and was intended to excavate a portion of the city's ancient fortifications.

In addition to the animal bones, archaeologists discovered seals, tools, jewelry and thousands of pieces of pottery which suggests the site was important and busy. Regular digs occur at the site, so more evidence will be uncovered in the months to come.

In 1050 B.C., the Ark was taken out of the tabernacle and carried into battle by an army of Israelites. The battle, fought against the Philistines, was a crushing defeat and the Philistines carried off the Ark as a trophy. However, wherever they took the Ark, disaster befell them. After a matter of months, the Philistines returned the Ark, which was then moved to various locations around Israel.

Few people imagine the Ark could have been destroyed, since it was a sacred object, protected by God with lethal force. Many people who merely looked at it or touched it were struck dead. However, God did not prevent the Philistines from carrying it off.

There are several claims that the Ark resides in various places around the world, including Ethiopia, South Africa, and even the United States.