The Virgin Mary returns triumphant to city ravaged by ISIS!

Free World Class Education
FREE Catholic Classes
15 statues of the Virgin Mary are to be carried in holy procession though Erbil.

A French Catholic organization is ensuring that rebuilt churches in Iraq have statues of the Virgin Mary to adorn them. 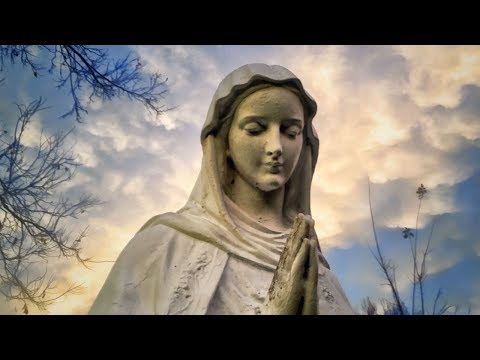 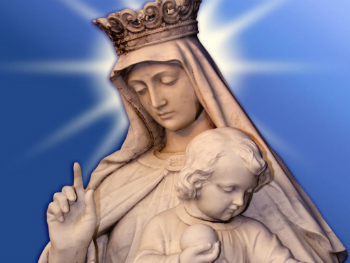 The Virgin Mary is returning triumphant to the lands once occupied by ISIS.

LOS ANGELES, CA (California Network) - In 2014, ISIS overran the city of Erbil in Iraqi Kurdistan, with a majority Catholic population. The people were given an ultimatum, and to show they meant business, they proceeded to sack churches and destroy statues.

Christians were given a choice, convert to Islam, stay and pay a punishing tax, or leave on foot, with nothing at all. Most chose to flee, living destitute in refugee camps. Everything they had was gone.

Erbil has serves as the Kurdish capital, so the ISIS occupation of the city did not last as long. The city was retaken, and while places like Mosul were slowly destroyed by constant warfare, Erbil was rebuilt. Today, the city appears strikingly modern and is welcoming to outsiders.

Many Christians have returned, but there are still some who are so traumatized by their brief encounter with ISIS they refuse to go back. Their churches have been rebuilt, but they are still plain, and not as they were before.

A French Catholic association has decided to help fix that problem. L'Oeurve d'Orient is sending 15 Virgin Mary statues to be processed through the streets of the city and installed in the various Catholic churches there. It is hoped the return of the statues will also warm the churches for those who have lost so much in the past few years.

Erbil is slowly becoming a Christian city once again, filled with Chaldean and Syriac Catholics who are rebuilding one of the most ancient Christian enclaves in the world. The courage and the faith of the Kurdish people, both Christian and Muslim, has won the city back for Christ and Our Lady.

It's a striking contrast with the rest of the region where Christians remain on the verge of extinction. But perhaps with the return of the Christian faith to Erbil, other places will follow. If so, then this is a historic moment, a turning point toward triumph over hatred and despair. Our Lady remains forever victorious over evil, and it is right to sing her praises.