The Syrian Civil War has taken so much.

Aleppo, Syria (CNA/EWTN News) - As the Syrian Civil War begins its seventh year, Syrian doctors told members of Congress of the "unspeakable horrors" they have witnessed while serving patients in Aleppo.

"In the month leading up to our displacement, I can only describe the events as hell," said Dr. Farida, an OB/GYN who formerly worked in Aleppo.

Speaking to members of the Senate Foreign Relations Committee on Wednesday, she explained that her hospital "treated many women with severe injuries." One pregnant woman survived, with the medical efforts of the staff, but shrapnel in her body from an explosion cut her unborn baby in half.

Many other women died because they were not able to make the trip to the hospital due to "the lack of ambulances and fuel," she continued, and they "bled to death in their home, along with their unborn children."

Three doctors from the Syrian American Medical Society testified before the Senate Foreign Affairs Committee on Wednesday about the human toll of Syria's Civil War which began on March 15, 2011. Two of them wore breathing masks and withheld their full names to avoid any hostile detection.

In six years, 400,000 have died in the conflict between government forces and rebel groups, and over 11 million have been displaced from their homes, according to the U.S. Commission on International Religious Freedom (USCIRF). Five million registered refugees have fled the country and 6.6 million displaced are still residing within Syria.

Also, "at least 13.5 million are in dire need of humanitarian assistance," USCIRF noted.

"The al-Assad regime continues to indiscriminately target and forcibly displace Sunni Muslims. In 2016 alone, the Syrian government forcibly displaced 125,000 Sunni Arab civilians from the Damascus suburbs, as well as another 250,000 from Eastern Aleppo," they stated, adding that the regime was reportedly "repopulating" those areas with Shi'a Muslims "and government sympathizers."

Meanwhile, forces of the Islamic State in the country have waged war against almost all religious minorities, and the U.S. declared last March that ISIS was committing genocide in Syria and Iraq against Christians, Yazidis, and Shi'a Muslims.

Many rebel groups, some affiliates of terror groups, have entered the conflict, as well as regional powers waging a proxy war within the country.

The doctors told of how, despite their efforts to move hospitals underground to avoid destruction, pro-government forces waged a total war on health care in Aleppo, from dropping bunker-busting bombs to using chemical attacks to force patients and medical staff to flee. Two doctors alleged that the scale of the attacks on hospitals escalated when Russia involved itself in the conflict.

"Throughout the last six years, I have witnessed unspeakable horrors," Dr. Farida said. The "hospital was the most dangerous place in Aleppo." With the danger continuing to rise, she left Aleppo, with her husband and eight year-old daughter, in December.

Other doctors echoed her testimony of the lack of medical supplies and transport due to the conflict. Besieged cities like Aleppo and Homs have not been able to receive the humanitarian aid patients so desperately need, and airstrikes on hospitals destroy the only access they may have to life-saving health care.

Dr. Abdulkhalek, another doctor who testified at the hearing, pleaded with the senators. "Do not let these acts continue," he implored. "Do not let more innocent civilians suffer. Do not forgot the human toll of this war, the refugees, the education gap."

"The UN system is clearly broken, as it has no means to enforce its mandates and hold perpetrators accountable for these crimes," Dr. Abdulkhalek said in his testimony. He told of how he had to negotiate an evacuation plan for hospital patients with the UN and the World Health Organization, but "as the regime and its allies began to take more territory, the cooperation disappeared" and the "evacuation never occurred." 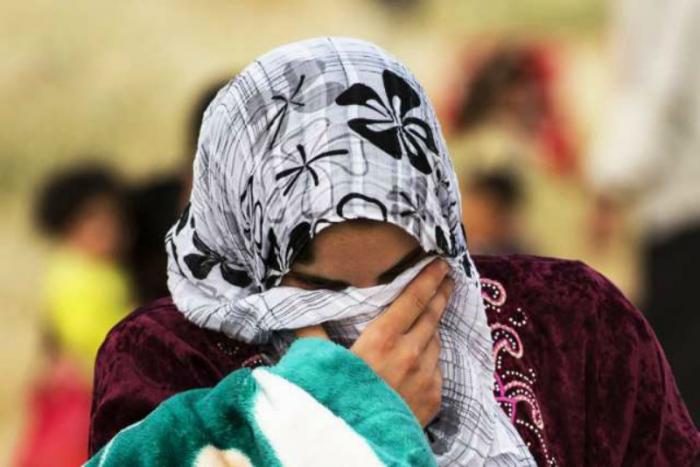 In the Syrian city of Homs, he said, medical supplies including blood and serum bags and antibiotics couldn't reach the people from the outside amidst the three year-long siege, and in the last six months there has been a "complete lack of movement for all materials and medications."

In another city besieged by pro-government forces, Dr. Abdulkhalek said, over 30 patients needed kidney dialysis medication. After the supply evaporated, "we pleaded with the UN to deliver the life-saving medication," he said. It came - but not by a UN convoy - only after three patients died.

Hospitals were bombed with no regard to the vulnerable civilians that lay within. There have been three hospitals bombed in the last two weeks, Dr. Farida said.

While she worked at the hospital in Aleppo, she was in the middle of performing a caesarian section when a bombing collapsed the ceiling. She had to stay in the dangerous situation to clean debris from the collapse "out of the patient's abdominal cavity," she said.

Amidst all the violence, her eight year-old daughter once fled into the room where she was performing an operation, crying and unable to breathe.

"How I'm supposed to explain all of this to an eight year old who has known nothing about violence, killing, and destruction? How am I supposed to protect her?" she asked. "This broke my heart. That feeling of powerlessness to protect my child has broken me to this day."

Dr. Abdulkhalek described how the hospital he was working in was the target of a chlorine bomb "after repeated attempts" by regime forces and their allies to drop barrel bombs on it.

Staff were able to save the lives of three men suffocating from gas where they were hiding, but many others died in the attack, he said.

After that, "many hospital staff had to leave, fearing for their lives," he said. A second chlorine bomb hit the hospital later, claiming many child victims. There was "only one unit of oxygen" available, he said, and the oxygen mask had to be passed around to the children present one at a time.

When asked if there was "more frequent targeting of your hospitals when Russia got involved" in the Syrian conflict, Dr. Abdulkhalek replied "Yes."

"They are locating the hospital position," he said, and they "start targeting it many times" until civilians flee.

There were reportedly 600,000 people in Syria living under siege last year, and in February the UN warned of a "looming humanitarian catastrophe" in four besieged towns that had not been reached by a UN convoy since November.

The perpetrators of these atrocities must be held accountable, the doctors and human rights advocates insisted.

USCIRF on Thursday called for the U.S. to push for the International Criminal Court to investigate the crimes committed by the Assad regime and by ISIS in Syria.

"An entire generation has been lost. The world failed Aleppo," Dr. Abdulkhalek concluded his testimony, begging the international community not to leave other Syrians to the same fate.