The Obama administration has revealed they paid Iran $1.7 billion at the same time Iran released four American hostages. Previously, the administration only admitted to paying $400 million. 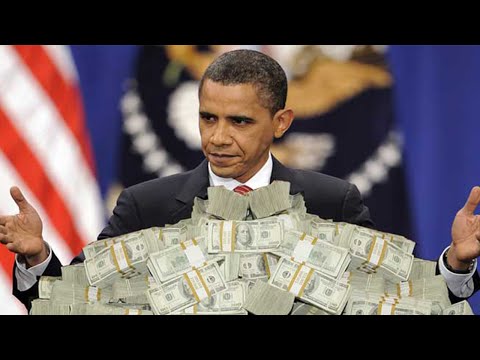 LOS ANGELES, CA (California Network) - The Obama administration has admitted they paid $1.7 billion in cash to Iran, four times the previously admitted amount. The payments occurred in January of 2016, and coincided with the release of four American hostages. The payments were passed through Swiss banks to Iran.

Critics have blasted the Obama administration for paying what they see as ransom to Iran for the hostages. In January, $400 million in foreign cash was sent by plane to Iran and when the plane landed the hostages were freed. Even the hostages and Iranian officials have gone on record to say they believe this was a ransom payment.

The Obama administration denied the payment was a ransom and said it was to repay Iran for a pre-revolution weapons deal the U.S. canceled in 1980. The administration explained the $400 million was a settlement between the two countries that would effectively keep the matter out of international litigation and save the U.S. billions.

We now know these are lies.

The U.S. owed weapons to the Shah of Iran who signed the deal, not the revolutionary government. And since Iran has regularly professed contempt and hatred for the U.S. and Israel, it would be stupid to give them money.

And what does Obama do?

The Obama administration revealed the true figure sent to Iran as part of required disclosures to Congress. According to the administration, the $1.7 billion was sent to prop up the cash-starved Iranian economy. The currency would help Iran reenter world markets after years of crippling sanctions. The payments were used as leverage to compel Iran to give up its nuclear program among other changes.

Interesting. How about propping up the U.S. economy?

However, there are other problems with the U.S. payments to Iran. Not only did the Obama administration deliberately deceive the public about its payments to Iran, but Iran is fighting a proxy war with the United States in two countries. This makes Iran more a war enemy.

Iran is sponsoring a revolution in Yemen, sending money and equipment to rebels fighting a western backed democracy in that country. In Syria, Iran is supporting the regime of Bashir al Assad, against western backed rebels.

The payments to Iran then are the same as payments to an enemy in wartime and can only diminish our odds for success.

Any person who undermines the nation during war is arguably committing an act of treason. So why is Obama engaged in this behavior? That's a good question for a Congressional investigation to ask, but it's unlikely to ever happen.

It is time to hold Obama responsible, or to hold responsible in Congress those who facilitate his behavior.