The Nightmare of Female Genital Mutilation: A sad reality many young girls in Iran continue to face

Social anthropologist Kameel Ahmady conducted the first reliable study on female genital mutilation (FGM) in Iran. According to the study released Thursday, it is practiced more in the southern Hormozgan, as well as on the nearby islands of Qeshm and Hormuz, more than any other areas of the country. However, it was found that most people didn't know that FGM was still practiced in some of the areas and that officials are keeping quiet about the issues. 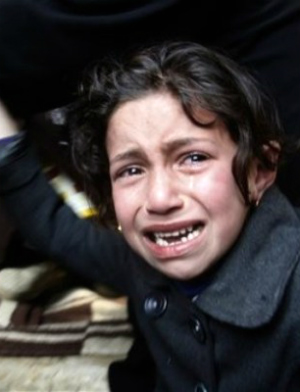 "The attitude of officials and authorities is that FGM doesn't exist in Iran. The Iranian public is also largely ignorant about the subject," said Social anthropologist Kameel Ahmady, as cited in the report by The Guardian.

MUNTINLUPA, PHILIPPINES (Catholic Online) - "FGM is practiced in Iran in some cases to tame girls' sex drive before marriage; it is made to preserve their chastity. The attitude of officials and authorities is that FGM doesn't exist in Iran. The Iranian public is also largely ignorant about the subject," said Ahmady as cited in the report by The Guardian.

The practice, locally termed as Khatne or Sonat, was found to be done using tools like sharp razors without anesthesia. Most of the time, it is carried out outside of the hospitals and without the consent or supervision from a midwife.

Female genital mutilation has been affecting millions of girls worldwide, varying in age, with some as young as four years old.

"It's one of those instances where the violence against women is carried out by women in unhygienic circumstances. In areas where FGM exists, unfortunately it's usually the mothers who insist that their daughters should be cut," said Iranian human rights lawyer Mehrangiz Kar, in a statement with the Guardian.

In the research, it was discovered that the issue largely concerns the Shafi'i sect of Sunni Muslim Iranians, a minority in the country.

However, not all Sunni Iranians do FGM, according to the study. Ahmady said that most women he interviewed for the study that underwent the circumcision process defended FGM, as it is part of their longtime traditions.

"Some Sunni mums even boasted that their daughters were more virtuous than the majority Shia girls because they were cut," he said.