Evidence to be presented in an upcoming criminal trial suggests an elaborate cover-up of sexual abuse allegations against a former priest of the Legionaries of Christ whom an Italian court has convicted of sexual abuse of a minor. 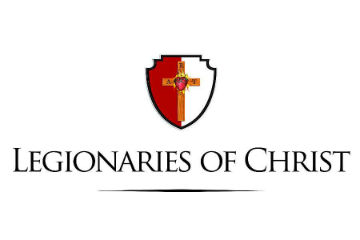 Milan, Italy, (CNA) - Evidence to be presented in an upcoming criminal trial suggests an elaborate cover-up of sexual abuse allegations against a former priest of the Legionaries of Christ whom an Italian court has convicted of sexual abuse of a minor.

The case, set to begin in March, names four Legion priests and a Legion lawyer who are accused of attempting to obstruct justice and extort the family of a sex abuse victim, according to reporting by the Associated Press.

The names of the priests and lawyer in question have not been released, and the Legion did not respond to CNA's request for comment.

The Legion of Christ, a religious congregation consisting of fewer than 1,000 priests worldwide, was long the subject of critical reports and rumors before it was rocked by Vatican acknowledgment that its charismatic founder, Father Marcial Maciel, lived a double life, sexually abused seminarians, and fathered children. Maciel abused at least 60 minors.

In 2006 the Congregation of the Doctrine of the Faith, with the approval of Benedict XVI, removed Maciel from public ministry and ordered him to spend the rest of his life in prayer and penance. The congregation decided not to subject him to a canonical process because of his advanced age, and he died in 2008.

De Paolis, who died in 2017, has faced criticism for leaving much of the leadership of the congregation from Maciel's time in place and failing to investigate claims of cover-up.

The present case chiefly concerns Mexico native Vladimir Resendiz Gutierrez, who was ordained a priest in 2006 and immediately was sent to oversee young boys at the Gozzano youth seminary near Italy's border with Switzerland, the AP reports.

The Legion has said it first recieved allegations of sexual abuse against Resendiz during March 2011. An Austrain boy reported the allegation to a church ombudsman's office in Austria that receives abuse complaints, according to the AP.

In addition, the son of Yolanda Martinez, a church employee in Milan, revealed in 2013 during sessions with his psychologist that Resendiz had abused him at the Gozzano youth seminary in 2008.

In October 2013, the Legion offered a settlement of 15,000 euros to Martinez, but in return, her son would have to recant the testimony he gave to prosecutors that Resendiz had repeatedly assaulted him, the AP reports.

Martinez called De Paolis to complain about the proposal. According to their wiretapped Jan. 7, 2014 conversation, De Paolis told Martinez not to sign the deal and to negotiate a different deal, without lawyers.

Authorities obtained the tape of the conversation, as well as numerous documents to be presented at the trial, during a 2014 raid of the Legion's headquarters in Rome.

Documents obtained during the 2014 raid suggest that Resendiz was known to the Legion as a risk to children even when he was a teenage seminarian in 1994, with his novice director writing that he believed Resendiz to be "a boy with strong sexual impulses and low capacity to control them."

A lawyer for the Legion is accused of recommending various schemes to Legion leaders aimed at covering up Resendiz abuses.

The lawyer recommended in a March 2011 email that Father Gabriel Sotres, a Legion priest who was tasked with revising the congregation's constitution a decade ago, go to Austria to convince the alleged victim not to tell their parents or the authorities.

Documents also suggest that Legion knew about another possible victim in Venezuela, where Resendiz had been moved in 2008. The lawyer proposed a plan to report only Resendiz's name to Venezuelan police to comply with local reporting laws, leaving out that he was a priest, that he was accused of a sex crime against a child, and the name of the Legion, as well as noting that he no longer lived in Venezuela, the AP reported.

All of this would be done in order to mitigate the possible damage to the order.

That same month, Resendiz was removed from priestly ministry after his religious superior questioned him, but documents suggest he hearing confessions in schools and celebrating Mass in Colombia while he was supposedly suspended, and later assigned to an administrative position.

Evidence to be presented at the trial suggests that although De Paolis opened a canonical investigation of Resendiz within the congregation, he did not alert the police.

Authorities in Milan did not learn of the abuse allegations against Resendiz until March 2013, when Martinez's son's psychologist reported them.

Resendiz eventually confessed to his crimes in a letter to Cardinal Gerhard Mueller in 2012. The Congregation for the Doctrine of the Faith dismissed Resendiz from the clerical state during April 2013, the Legion says.

An Italian court convicted Resendiz in absentia during March 2019, and during Jan. 2020 an appeals court confirmed the conviction. Resendiz faces a sentence of six and a half years in jail. He is believed to be living in Mexico.

The Legion reported in December 2019 that since its founding in 1941, 33 priests of the Legionaries of Christ have been found to have committed sexual abuse of minors, victimizing 175 children, according to the 2019 report.

The preliminary hearing for the present criminal trial in Milan is scheduled for March 12.