After the demolition of a Dublin building, archaeologists have  discovered the foundations a 300-year-old church that was used during times of Catholic persecution. 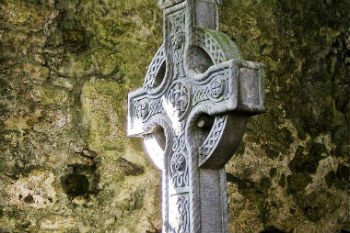 Dublin, Ireland, (CNA) - After the demolition of a Dublin building, archaeologists have  discovered the foundations a 300-year-old church that was used during times of Catholic persecution.

The church was uncovered by a team of archeologists during a dig taking place before the development of a 10-story office building planned for the site.

Excavation of the church will likely take place until December.

"We have to dig here very carefully because the church is a recorded monument," archeologist Franc Myles told The Irish Times.

The church, St. Andrew's Parish in central Dublin, was built in 1709, when British penal laws outlawed the practice of Catholicism.

"There was probably a building used as a chapel from the foundation of St Andrew's Parish in 1709 and it is depicted on John Rocque's map [of Dublin] of 1756," a developer's archeological report explains about the site.

Despite the prohibitions on Catholicism, the parish grew in its first hundred years. In fact, the archaeological report adds that, after significant growth in the parish, "it was decided that the chapel would have to be reconstructed" in 1811.

Father Daniel Murray, who later wasArchbishop of Dublin from 1823 to 1852, laid down the foundation stone in 1814 for a new chapel. By 1831, significant progress had been made on the Church's reconstruction, but a new parish priest decided to move the church to a different location.

Construction on the office building will likely continue after the archaeological process has been completed and recorded.

Myles had hope that the archeologists would have found on the site timber structures dating back to the 1670s. He said none of those have been found, and speculated they had been demolished by construction in the 1960s.