Cardinal Antonio Canizares Llovera of Valencia wrote Saturday that in the wake of an inconclusive general election, a pre-agreement between Spain's prominent socialist and left-wing populist parties could have grievious cultural repercussions. 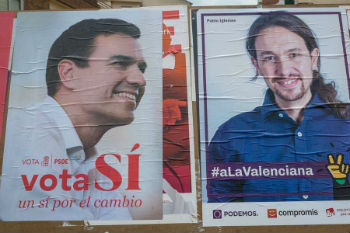 Valencia, Spain, (CNA) - Cardinal Antonio Canizares Llovera of Valencia wrote Saturday that in the wake of an inconclusive general election, a pre-agreement between Spain's prominent socialist and left-wing populist parties could have grievious cultural repercussions.

Spain held a general election Nov. 10, the second of the year. Prime minister Pedro Sanchez' Spanish Socialist Worker's Party won 120 seats, while 176 is required for a majority in the Congress of Deputies.

Behind PSOE, the right-wing People's Party and Vox won 88 and 52 seats, respectively. Podemos, an anti-capitalist and populist party, took 35 seats.

PSOE and Podemos recently announced a pre-agreement for a coalition government, though they would still be 21 seats short of a majority.

"The effective economic repercussions have been immediate, the reactions and commentaries in Europe and Spain, besides being negative, leaves us in great fear," Canizares wrote Nov. 30 of the pre-agreement.

The cardinal also warned that the ten points of this pre-agreement have "some cultural, anthropological connotations and a vision of reality that go beyond economics and leave or create great concern."

With the pre-agreement, he said, "a cultural change is established or engendered, one way of thinking is imposed, with a vision of man intended to be spread to everyone, the approval of euthanasia, the extension of new rights, gender ideology, radical feminism, bringing up historical memories that foment hatred and aversion."

Canizares said that the issues present in the pre-agreement "suggest and foresee a deepening and immersion into a very deep crisis above all cultural, but also a political and institutional, a democratic, social, religious crisis about what constitutes Spain in its reality and its very own identity."

He also explained that there is renewed talk of the possibility of a new worldwide economic crisis, "but even more serious will be the cultural and identity crisis, suffered by Spain in the context of the West, with its own connotations, which, if this coalition takes over the national government given what is seen in the 'pre-agreement,' will deepen."

The archbishop of Valencia recalled that we are "immersed in a human crisis that is deep and getting bigger", which is in his view "the most serious of all because it's a crisis of the truth about man and about society," and which is "the crisis of the meaning of life, a human, anthropological, moral crisis and of universal values, a spiritual and social crisis, a crisis in marriages and families."

And so he said that "we find ourselves facing a serious emergency, Spain's emergency," since "a new culture is being or has been imposed, a project of humanity that entails a  radical anthropological vision which changes the vision that gives us identity and configures us as a people, and even as a continent, I dare to say: the identity received from our ancestors in our common history."

This would lead to "the serious loss of or almost totally obscure the meaning of the person and his dignity" and ultimately to "abandoning and forgetting God which is to forget and negate man."

He also said that Spanish society is suffering from "a real sickness, manifested on different fronts, in our society, whose great challenge, or rather, great and new challenges, are summed up in its urgent healing."

And so the cardinal stressed that "the human person and his dignity, the basis of the common good founded on the real effective recognition of universal human rights, are the foundation that we must contemplate and put in all its consistency, if we want to find the healing and constructive path to follow".

The cardinal described as "fundamental and urgent" the common commitment to put "the human person and his inviolable dignity and the common good, its essential truth in itself which makes us free for the world of culture, religion and science, of politics and human relationships."

This would be an "broad basis" to "follow and build upon" with the goal of "reaching and enjoying and new and hopeful future, a new culture and a new civilization which all of us have to shape through dialogue, encounter, without impositions."

The PSOE-Podemos coalition is seeking the support of the Republican Left of Catalonia, a social-democratic party that focuses on Catalan independence.