The Archdiocese of Vancouver released Friday a report on clergy sexual abuse, including 31 recommendations for improvements to policies and procedures. 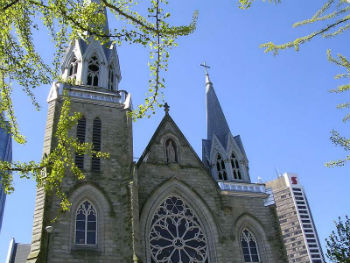 Vancouver, Canada, (CNA) - The Archdiocese of Vancouver released Friday a report on clergy sexual abuse, including 31 recommendations for improvements to policies and procedures.

The Nov. 22 report also named nine clerics who were criminally convicted of sex abuse, had lawsuits settled, or whose cases were otherwise public.

The report is the first such publication by a Canadian diocese.

"Although nothing can undo the wrong that was done to you, I nonetheless wish to offer each of you my heartfelt apology for the trauma, the violation in body and soul, and the sense of betrayal and abandonment by the Church that you feel," Archbishop J. Michael Miller of Vancouver wrote to victims of clerical sexual abuse in a Nov. 21 pastoral letter included in the report.

"For those occasions when we failed to protect you or when we were more concerned with the Church's reputation than with your suffering, I am truly sorry and ask for your forgiveness as I strive to make amends and bind your wounds," Archbishop Miller wrote.

The archbishop appointed a committee in the autumn of 2018 to review cases of abuse committed by clerics serving or residing in the local Church. The 13-member committee included civil and canon lawyers; clerics, laity, and a religious; and four victims of clerical abuse.

At its meetings, the committee reviewed 36 cases of clerical abuse: 26 involved the abuse of minors; seven concerned "inappropriate sexual behaviour/abuse between a cleric and adults"; and three regarded priests who had fathered children.

"While Committee members have differing views on a number of issues, all agree major change is needed," the report reads.

The report says that as the committee met "a number of topics arose which call into question the integrity of the institution of the Catholic Church." Among the topics listed in the report are clericalism, hierarchicalism, the exclusion of women in Church leadership, and breaches of celibacy.

The committee lamented that through the early 1990s, "victims who came forward had to sign confidentiality agreements."

Of its 31 recommendations, the committee highlighted that it "proposes as an absolute imperative that the Archdiocese of Vancouver publish a listing of clergy who have been guilty of sexual abuse."

"The Committee recommends that the listing consist of convicted, admitted, and credibly accused clergy ... privacy laws which restrict publication should be consulted but the Committee urges that publication take place to the maximum allowed."

According to the report, "releasing the names of abusers helps everyone to understand how predators groom entire communities and not to inform the community of predatory behaviours and actions is to put all members of the Church family in jeopardy. Not only this, not publishing names of abusers perpetuates betrayal and distrust."

Among the recommendations are establishing an intake office for receiving allegations of sexual abuse; mandatory performance reviews for all priests in the archdiocese done by a group of people, including lay men and women; a study of seminary training and screening; and healing and reconciliation opportunities for victims.

The group recommended that "there should be a systematic Archdiocesan plan developed and put in place for educating clergy and laity alike on the inherent evil of clericalism, and the degree to which it has been normalized within the Catholic experience. A strategy for developing and maintaining a Church which more fully reflects the spirit of Vatican II (Lumen Gentium and Apostolicam Actuositatem, for example) should be developed and implemented."

To this recommendation, the archdiocese responded that Archbishop Miller "will refer this specific recommendation to the Archdiocesan Pastoral Council, which is composed of a majority of lay people, to explore prayerfully the development and implementation of an Archdiocesan plan. At least one member of the Case Review Committee will be named to the Pastoral Council to facilitate this."

The committee also made several recommendations to the Church in Canada, including a nationwide registry of credibly accused priests.

In its report, the archdiocese released the names of five clerics criminally convicted of abuse; two against whom lawsuits were settled; and two whose cases are public.

There are a number of additional cases of clerical sex abuse in the archdiocese, but due to Canada's privacy laws, which are more restrictive than those of the US, not all could be published.

"Today we are publishing information we are legally allowed to share," the archdiocese stated.

"We are working with experts from across the country to find legal means to share information regarding clergy who have not been convicted, but of whose guilt we are morally certain. Due to Canadian legislation on privacy, we are more restricted than American dioceses, which have been able to publish the names of what have been called 'credibly accused' priests."

The report said that in considering the publication of names, the local Church must consider both "whether the reported allegations are true" and "whether there are legal constraints to publication."

In an interview included in the report, Mary Margaret McKinnon, a civil lawyer who chaired the committee, emphasized that the term "credibly accused" is not used by lawyers.

"In Canada we talk about the burden of proof in criminal and civil cases," McKinnon said. "In criminal cases the offence must be established beyond a reasonable doubt. In civil cases it must be shown to be more likely true than not, or 51%. The American definition used in various American policies [i.e. 'credibly accused']  appears to equate to the civil burden here."

She also noted that Canada's provinces and territories have their own privacy legislation, and that in British Columbia "it's called PIPA, which stands for Personal Information and Protection Act, and the same legislation is in place all across Canada. The defamation laws in Canada and the U.S. are also applied differently."

Regarding the publication of "credibly accused lists", as has become common among US dioceses, "we have to figure out a way to balance our legal obligations with the public's desire to know," McKinnon said. "A lot of study and discussion is taking place right now to see how we can make this happen."

The report stated that "in its work, the Case Review Committee discovered that many of the remaining allegations had not been investigated to a currently acceptable standard. In fact, two of the allegations were against 'unnamed priests' because the victims/survivors could not remember the names."

It added that its files of cases will be turned over to new, independent, non-Catholic investigators to "review the evidence and determine how the claims may be further pursued."