The crypt of St. Mark's Basilica was completely flooded Wednesday, after Venice's water levels hit the highest level in more than 50 years. 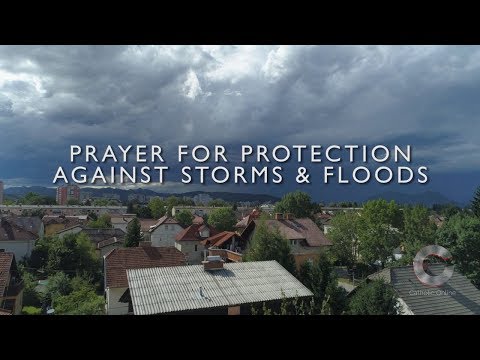 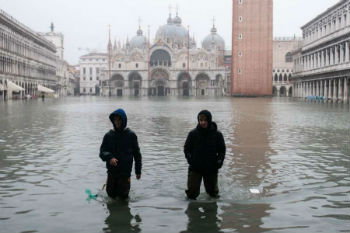 Local authorities have called for a state of emergency after one man died in the worst flooding in Venice in decades. The high water mark reached over 6 feet, the highest level since 1966.

The Patriarch of Venice Francesco Moraglia and the city's mayor, Luigi Brugnaro, inspected the damage at St. Mark's Basilica together on Nov. 13, the morning after the heavy rains subsided.

"St. Mark's Basilica has suffered serious damage, as has the entire city and the islands," Venice mayor Brugnaro confirmed after the visit.

"Venice is on its knees," Brugnaro wrote in a Twitter Nov. 13 post with photos of him and the patriarch at the basilica.

- Luigi Brugnaro (@LuigiBrugnaro) Patriarch Moraglia said he is concerned above all for those who sleep on the streets of Venice, and said that he hopes that Venice parishes will be the first to open their doors to them.

"To my Venetians, so much closeness, I have asked Caritas to be active in all possible ways, and I also make available emergency funds for charity," Moraglia said, according to ACI Stampa.

In St. Mark's Basilica's 926 year history, there have been only six floods of similar severity. In October 2018, flood waters inside the basilica damaged part of the marble mosaic floor of the Madonna Nicopeia chapel.

Church staff cleared water and mopped the floors of the flooded basilica Nov. 13 to avoid repeating the damage caused last year when part of the nearly 1,000 year old marble floor of the basilica was left under flood water for 16 hours.

"We are here with Patriarch Moraglia to show our support, but we need everyone's help to overcome these days that are putting us to the test," Mayor Brugnaro said after his visit to the basilica.