Pope Francis voiced his concerns about the world's approach to food, and called for a global attitude of virtue towards nutrition in his World Food Day message to the UN Food & Agriculture Organization on Wednesday, Oct. 16. 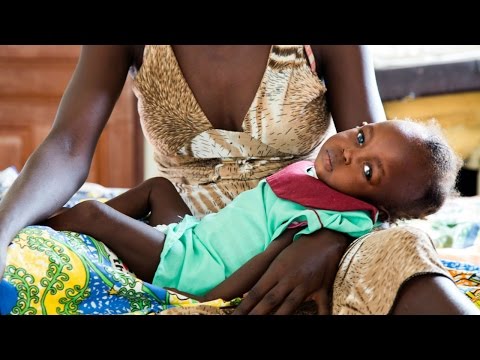 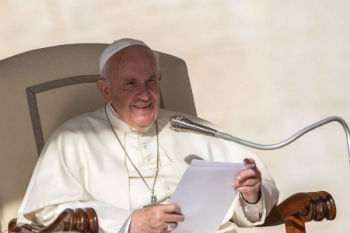 Vatican City, (CNA) - Pope Francis voiced his concerns about the world's approach to food, and called for a global attitude of virtue towards nutrition in his World Food Day message to the UN Food & Agriculture Organization on Wednesday, Oct. 16.

The theme of this year's World Food Day is "Our Actions Are Our Future. Healthy Diets for a #ZeroHunger World," which Pope Francis said he hoped would serve as a reminder that throughout the world, people are not eating in a healthy manner.

"It is a cruel, unjust and paradoxical reality that, today, there is food for everyone and yet not everyone has access to it, and that in some areas of the world food is wasted, discarded and consumed in excess, or destined for other purposes than nutrition," the pope said in a message sent to the Director General of the UNFAO, Mr. Qu Dongyu, on Oct. 16.

Francis said that while steps have been taken to help solve the issues of malnutrition and hunger, the UN's 2030 Agenda for Sustainable Development has not yet been fully implemented worldwide.

While 820 million people in the world suffer from hunger, nearly the same number of people are overweight-- these he said were "victims of improper dietary habits."

"We are in fact witnessing how food is ceasing to be a means of subsistence and turning into an avenue of personal destruction."

The pope said he was concerned that obesity is to be found not only in rich countries, but in poorer countries where people are imitating diets that come from other more developed areas, and damaging their health in the process.

"Due to poor nutrition, pathologies not only from the imbalance caused by 'excess,' often resulting in diabetes, cardiovascular diseases and other forms of degenerative diseases, but also by 'deficiency,' as documented by an increasing number of deaths from anorexia and bulimia," said Francis. Anorexia and bulimia are eating disorders.

To fight this, the pope called for a "conversion in our way of living and acting," and said that improved nutrition is "an important starting point." He said that the only way to fight these "nutritional disorders" is by creating a lifestyle that is "inspired by gratitude for the gifts we have received" along with "the adoption of a spirit of temperance, moderation, self-control, and solidarity."

By embracing these virtues, Francis said that people will become more concerned for one another, and "grow in a fraternal solidarity that seeks the common good and avoids the individualism and egocentrism" that perpetuates societal ills. This will further lead to a healthier relationship with oneself, others, and the environment.

The pope said the family, particularly farming families, has a "primary role to play" in accomplishing this societal shift. The family, he said, teaches how to embrace the earth, without abusing it. Through the family, "we also discover the most effective means for spreading lifestyles respectful of our personal and collective good," Francis added.

He praised the "increasing interdependence of nations" as a way for people to put aside other interests and create a sense of trust and friendship, particularly related to food concerns. Citing his environmental encyclical letter Laudato Si, he said that there needs to be a promotion of institutions and initiatives that assist the poor with access to basic resources, and that the current system is failing the neediest.

In his message, Francis criticized "the logic of the market" and the quest for profit, which he said resulted in food being "regulated to a mere commercial product subject to financial speculation," instead of being seen as something with "cultural, social and indeed symbolic importance."

Instead of taking this view of food, Francis suggested shifting views so that care of the human person is more of a concern than a profit margin. This approach, he said, will result in more effective programs that will solve the issues of hunger and obesity.

"When priority is given to the human person, humanitarian aid operations and development programs will surely have a greater impact and will yield the expected results," said Pope Francis.

"We must come to realize that what we are accumulating and wasting is the bread of the poor."