Religious leaders are calling on Northern Ireland Secretary Julian Smith to reconvene the region's legislative assembly, in order to avoid new liberalizing abortion laws which are set to take effect later this month. 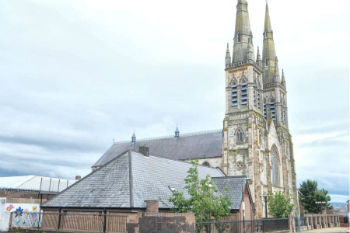 "Our Northern Ireland political parties have it in their own hands to do something about this," the religious leaders said in a Monday joint statement.

The British parliament voted in July to add same-sex marriage and a loosening of abortion restrictions as amendments to the Northern Ireland (Executive Formation) Bill, which is designed to keep the region running amid a protracted deadlock in the Northern Ireland Assembly.

If Northern Ireland Assembly is not reconvened by Oct. 21, the expansion of abortion rights and the legalization of same-sex marriage will take effect. Secretary Smith would be mandated to put the laws into effect by March 31, 2020.

The Northern Ireland Catholic bishops' conference has previously condemned the legislation's "unprecedented" use of authority to legalize abortion in the region.

Leaders of the Catholic Church, the Church of Ireland, Methodist Church in Ireland, Presbyterian Church in Ireland, and the Irish Council of Churches, in a joint statement Monday called on their congregations to lobby their locally elected representatives, and ask them to reconvene the assembly before the deadline.

"There is no evidence that these [legal] changes reflect the will of the people affected by them, as they were not consulted. They go far beyond the 'hard cases' some have been talking about," the statement reads.

"We are, along with others, gravely concerned that the imposition of this Westminster legislation," the leaders wrote, calling for two special days of prayer over the weekend of October 12-13 for the unborn and for women facing difficult pregnancies and their families.

The Northern Ireland Assembly has been suspended for the past two years due to a dispute between the two major governing parties. The DUP, the largest party, is opposed to changing the law. Sinn Fein, another prominent party in Northern Ireland, backs a liberalization of the abortion law.

The DUP has said it is ready to return to the Assembly "immediately without pre-conditions," according to the Belfast Telegraph.

Last year, the Republic of Ireland held a referendum in which voters repealed the country's pro-life protections, which had recognized the life of both mothers and their babies. Irish legislators then enacted legislation allowing legal abortion in what had long been a Catholic and pro-life stronghold.

Elective abortion is legal in the rest of the United Kingdom up to 24 weeks, while currently it is legally permitted in Northern Ireland only if the mother's life is at risk or if there is risk of permanent, serious damage to her mental or physical health.

Northern Irish women have been able to procure free National Health Service abortions in England, Scotland, and Wales since November 2017.

The UK government's plans to decriminalize abortion in Northern Ireland has garnered opposition from hundreds of health professionals in the region, who the BBC reports have written to Secretary Smith expressing opposition and calling for reassurance that as "conscientious objectors," they will not have to perform or assist abortions.

The Northern Ireland Office, the department of the UK government which oversees the region's affairs, is launching an "awareness campaign" in November to educate "women and healthcare professionals" on the likely changes to abortion law, the BBC reports.

An estimated 20,000 people marched in Belfast on Sept. 7, in opposition to the loosening of abortion restrictions, in a demonstration organized by the pro-life group Precious Life.

The people of Northern Ireland made "a strong stand against the extreme and undemocratic legislation that Westminster is forcing on Northern Ireland," Bernadette Smyth, founder of Precious Life, told CNA.

In June 2018, the Northern Ireland Human Rights Commission challenged the region's abortion laws in the UK Supreme Court. While the Supreme Court concluded that the laws violated human rights law by banning abortion in cases of fatal fetal abnormality, rape, and incest, it threw out the case saying it had not been brought forward by a person who had been wrongfully harmed by the law.