A new bishop was consecrated Monday in Inner Mongolia, China, becoming the first bishop to be consecrated in the country after a deal on bishop appointments was made with the Vatican last year. 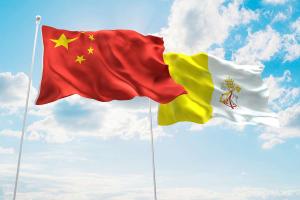 Vatican City, (CNA) - "I can confirm that H.E. Mgr. Antonio Yao Shun, who has been consecrated Bishop of Jining/Wulanchabu, Inner Mongolia (China), received the Papal Mandate, as was also stated by the Ordaining Bishop during the ceremony yesterday, 26th August 2019," said Matteo Bruni, director of the Holy See Press Office, in a statement responding to media questions.

"The Episcopal Ordination of H.E. Mgr. Antonio Yao is the first to take place in the framework of the Provisional Agreement between the Holy See and the People's Republic of China signed in Beijing on 22nd September 2018," he said.

Bishop Antonio Yao Shun, 54, will head the Diocese of Jining in Ulanqab, Inner Mongolia. The diocese has been without a bishop since the June 2017 death of Bishop John Liu Shigong.

Yao was consecrated in the Jining Cathedral on the morning of Aug. 26, with more than 120 priests concelebrating, a consecrator-bishop, and three co-consecrators, Asia News reports.

Beijing and Vatican officials signed a provisional agreement on bishop appointments Sept. 22, 2018. The Vatican-China deal was intended to unify the underground Church and the Chinese Catholic Patriotic Association.

While the terms of the agreement have been kept confidential, it reportedly allows the Chinese Catholic Patriotic Association to choose a slate of nominees for bishop. The deal has drawn significant criticism.

Contrary to usual Vatican practice, Yao's nomination to the episcopacy was not published in the daily bulletin of the Holy See press office, and it is unknown whether Pope Francis appointed Yao prior to or after the signing of the Vatican-China deal.

Yao studied at the national seminary in Beijing. From 1994 to 1998 he was in the United States completing a specialization in liturgy. He also spent a period doing biblical studies in Jerusalem.

The bishop previously taught at the national seminary. From 1998 to 2004 he served as secretary of the liturgical commission of the Council of Chinese Bishops and the Patriotic Association. He has been vice director of the same commission since 2004.

Yao's chosen episcopal motto is "Misericordes sicut pater," which means "Be merciful as the Father is."

Since 1957, the Church in China had been split between the "underground" Church, in full communion with Rome, and the state-run Chinese Patriotic Catholic Association (CPCA) for which the Chinese government appointed bishops.

The U.S. Commission on International Religion wrote in its 2018 report that last year China "advanced its so-called â€~sinicization' of religion, a far-reaching strategy to control, govern, and manipulate all aspects of faith into a socialist mold infused with â€~Chinese characteristics.'" Christians, Muslims, Tibetan Buddhists, and Falun Gong practitioners have all been affected.

Restrictions put in place in February 2018 made it illegal for anyone under age 18 to enter a church building.

Reports of the destruction or desecration of Catholic churches and shrines have come from across China, including the provinces of Hebei, Henan, Guizhou, Shaanxi, and Shandong.

Muslims, too, have come under pressure from the Chinese government. It is believed that as many as 1 million Uyghurs, a Muslim ethnoreligious group in China's far west, are being detained in re-education camps where they are reportedly subjected to forced labor, torture, and political indoctrination.