Analysis: Pell, and the politics of Rome

This week's decision by the Court of Appeal in Victoria marked the apparent conclusion of the criminal trial of Cardinal George Pell in Australia. 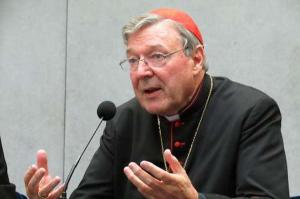 Vatican City, (CNA) - While the cardinal may yet exercise his final right of appeal to the country's High Court, legal experts and those close to Pell are skeptical that such a petition would even be accepted, let alone return a verdict in his favor.

With no further civil progress likely, and Pell almost sure to remain in prison for the foreseeable future, attention now shifts to Rome, where a canonical process has been pending.

Given the questions raised about his treatment by the Australian courts, how that process plays out will be of defining significance, not just for Pell, but for how credibly the Church can still claim to operate an independent legal system that dates back to the Roman Empire.

Pell will face a canonical process at the Congregation for the Doctrine of the Faith on charges of crimes of sexual abuse of minors â€" the same charges brought against him in Victoria. But what sort of process he will receive, and when, remain unanswered questions.

With concerns raised from experts and observers about the strength of the evidence against him, it seems highly unlikely Pell would face the kind of abbreviated administrative procedure like the one used to handle the case of Theodore McCarrick.

The shorter administrative process is reserved in canon law for cases where the facts are reasonably clear, or the proof nearly self-explanatory. In many instances of cases of clerical sexual abuse, a civil conviction is taken by the canonical authorities as effective proof as they decree into evidence all the acts of the civil case.

Yet, because of the reporting ban in place for Pell's two jury trials (which returned two very different results), little of that original evidence is in the public domain, and would need to be brought to the canonical process as-new.

Also, unlike Theodore McCarrick, Pell did not leave a string of legal settlements behind him in his former dioceses, nor does he face anything like the sheer number of accusers over a sustained period of time â€" he was convicted in Victoria on the testimony of a single man.

The contentious nature of the result, which came complete with a dissenting opinion from a respected judge, means that public interest and scrutiny remain at fever pitch, and a rushed process would likely raise serious concerns in the Church's own legal community.

All signs point to Pell receiving a full canonical trial, a process which can, if allowed to fully develop, stand next to any secular court system for legal probity. But that is a big "if."

The first hurdle will be the access to primary evidence and testimony. Pell's accuser would need to testify again before the canonical tribunal, and canonists from both sides have the opportunity to put questions to him â€" there is no guarantee he would be interested in participating.

Also, while it is likely that most if not all of the witnesses in Pell's defense would make themselves available to testify again, Pell himself is in prison, making it hard for him to appear in front of a tribunal.

But assuming that a canonical court could receive all the evidence and access it needs, Pell's supporters and legal scholars may have as many concerns about the justice of a canonical process as they do about the criminal proceeding in Victoria.

In the ordinary mechanism, Pell's trial â€" like that of any bishop - would be handled by a panel of three or five judges, usually cardinals or archbishops, specially selected by the Prefect of the Congregation of the Doctrine of the Faith, under the authorization of the pope.

These judges are normally chosen for their legal expertise and judicial experience and the trial is conducted independent from the ordinary business of the CDF. But, whatever conclusion the deliberations of such a panel might reach in Pell's case, it would unlikely be the final word.

Pope Francis has in the past exercised his prerogative to judge high-profile cases himself, and, given Pell's stature and the significance of any possible outcome, he may find it impossible to delegate a final decision in the matter.

If the case arrives on the papal desk, Francis would likely find himself receiving advice that is much diplomatic as legal.

While the CDF's legal process can be set up to resist outside pressures, many in the Secretariat of State view see Pell's situation as a potential diplomatic crisis to be resolved.

If a Vatican court were to acquit Pell of the charges on which he was convicted, it would be perceived by many as an indictment of the Australian justice system and a tacit acknowledgment of  charges that Pell is imprisoned by anti-Catholic sentiment.

On the other hand, if Pell were canonically convicted, those in the Church who believe the cardinal's Australian trial was fundamentally unjust might conclude that the Church no longer really has an independent legal system, and that bishops and priests the world over should not look to Rome for a fair hearing.

That outcome could lead to dissension among an already embattled global episcopate.

Diplomatic considerations to one side, Pell, in particular, may already have reasons for concern.

As prefect of the Vatican's Secretariat for the Economy, Pell was openly loathed by many of the other curial leaders.

The Australian cardinal's efforts to deliver financial transparency and accountability to the curia in the first years of the Francis pontificate met with internal Curial resistance â€" in one famous incident, the Secretariat of State maneuvered without Pell's knowledge to cancel an announced independent audit. Since his return to Australia, Pell's reforms have largely been reversed by those who would take the closest interest in his case in Rome.

Cardinal Pietro Parolin, the pope's increasingly omnipotent Secretary of State, has been known for years to "check in" on CDF cases which he considers to be of wider importance to the Holy See. Canonists charged with handling the administration of justice have long complained about "pressure" being applied from across St. Peter's square.

One high-ranking Churchman in Rome familiar with several Vatican trials told CNA that Parolin's attempts to involve himself in cases have been extensive.

"When [the CDF] was told to basically stop talking to State, [Parolin] started calling nuncios to monitor correspondence between the Congregation and places where cases were in progress. It was a serious problem."

As the pope's chief advisor on nearly all aspects of Church governance, Parolin's advice could prove decisive in any decision the pope makes on Pell.

In March, Parolin called the news of Pell's conviction "shocking and painful." On Feb. 28, he told L'Osservatore Romano that Pell's case "is an incentive to continue in the pope's line: to fight against this phenomenon and pay attention to the victims."

While there is no certainty about how Parolin might counsel the pope, one member of the Vatican's diplomatic staff told CNA that Parolin is a pragmatist.
"Innocent or guilty, the reality is Pell is convicted in an Australian prison," he said.

"The cardinal puts the stability of the Holy See's diplomatic status first in line - if you don't believe it, ask the Chinese," he said, in reference to the number of Chinese bishops and priests imprisoned by Beijing, despite a landmark 2018 deal between China and the Vatican.

If Pell appeals his case to Australia's High Court, his canonical case will be delayed until its conclusion. But, whenever it does come to Rome, Pell and his advocate might discover that the Vatican politics he left behind in 2017 still have bearing on his future.