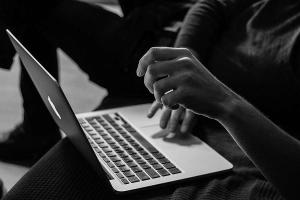 London, England, (CNA) - "I"m extremely sorry that there has been a delay...mistakes do happen, and I"m terribly sorry that it happened in such an important area," UK Digital Minister Margot James told the BBC.

Then-Digital Minister Matt Hancock signed a commencement order for the Digital Economy Act in 2017 as a means to curb pornography access by those under 18.

To view online pornography, internet users would need to confirm their age by entering information from a driver's license, credit card, or passport. If users do not wish to input their personal information, they may purchase a special ID card, available at thousands of retail shops across the nation for under ÂŁ10.

The British Board of Film Classification (BBFC) would supervise the age checks, and internet service providers would block websites which fail to comply, the BBC reported.

The rules cover sites where more than a third of content is pornographic. This rules out platforms such as Twitter and Reddit, which are known to have small pockets of pornography. Non-commercial pornographic sites will also be exempt.

The rule was originally scheduled to take effect in April 2018, but in March the Department for Digital, Culture, Media and Sport announced it would begin "later in the year." In June, the department announced the program would not launch until July because the UK government failed to properly notify European regulators of the change.

"If it's something as simple as age verification, I'm all for it," he told CNA at the time.

"It just sounds like we are expecting the same thing of people online that we already expect of them offline."

Among the available age verification services is AgeID, built by MindGeek, which operates and owns several common pornographic sites. Sarah Wollaston, chairwoman of the UK Health and Social Care Committee, said putting Mindgeek in charge of age verification is akin to putting "a fox in charge of the hen house."

Mindgeek has said that it is not in their interest to attract minors to its sites.

Some critics of the new rule say it violates the privacy of pornography users and that personal data could be at risk of leakage under the new policy.

Others, however, say it does not go far enough in protecting children from encountering pornography.

Fight the New Drug, an organization that works to educate on the harmful effects of pornography, has highlighted numerous studies showing the negative impact of pornography on underage users, including the creation of addictions, changes in sexual taste, and physical impact on the brain.

"Just more broadly, I would say pornography perverts a child's understanding of human intimacy and sexual life, which is a very beautiful thing," Fradd stressed.

"It's as pernicious as sex is beautiful and human intimacy is worthwhile. Since those two things are beautiful and worthwhile, the corruption of it [in regards to] a child is all together something despicable and horrid."