The religious discrimination bill proposed by Australia's coalition government is being well received generally, though some conservative members of parliament have asked instead for a religious freedom bill. 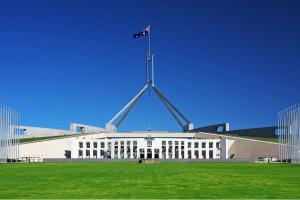 The government wants to make religious belief and activity a protected class, like race or sex. It also hopes to ensure that groups rejecting same-sex marriage are not stripped of their charitable status.

Prime Minister Scott Morrison said July 9 that "of course we will do what we need to do from a legislative point of view," but "what all that boils down to is the culture in this country. It's not the laws that make freedom of religion work, it's the culture that accepts it."

Morrison's coalition government is led by the Liberal Party, which is joined by the National Party. The opposition Australian Labor Party is expected to back the bill.

Coalition MPs were briefed on the bill by attorney-general Christian Porter July 5.

Afterwards, Porter told Guardian Australia that "a bill like this would provide a very powerful avenue for someone who believed that a general rule in their employment especially disadvantaged them because of their religion, to argue that that rule was contrary to the act and unfair."

He said the bill "provides an avenue for people who think a rule in their employment has unfairly disadvantaged them or led to their termination unfairly because of their religion, provides an avenue for complaint and potentially redress in those circumstances, and so it goes a long way to protect people from being discriminated against in the context of their employment."

Senator Concetta Fierravanti-Wells, of the Liberal Party, voiced concerns July 9 that the bill does not go far enough, saying it "would be defensive in nature and limited to protecting against acts and practices by others which are discriminatory on the grounds of religion."

She said that "quiet Australians now expect the Coalition to legislate to protect their religious freedom."

Porter made a case for the superiority of a religious discrimination bill over a religious freedom bill.

Senator Pauline Hanson, of the One Nation Party, expressed concern on Facebook July 9 that "the government may be creating a pathway for extremists to practice polygamy, genital mutilation, or even under-aged marriage."

One Nation, an Australian nationalist party, is a crossbench party with two seats in the country's 76-member Senate. It does not have a member in the House of Representatives.

"Many people, including myself, are concerned about the rights of Australians who practice a legitimate religious faith," Hanson said. "But what do we do when a belief clashes with the laws and customs of our land?"

The religious discrimination bill is being introduced to implement a commitment made in the 2019 federal election.

A review of religious freedom in Australia was finished in May 2018, making 20 recommendations; among these was a Religious Discrimination Bill.

The government has asked the Australian Law Reform Commission to report on how to balance competing claims of religious freedom rights and LGBT rights.

Australia has seen debate over religious freedom in recent years with respect to the seal of the confessional, hiring decisions, and same-sex marriage.

When same-sex marriage was legalized in Australia in 2017, efforts to include amendments that would protect religious freedom failed during parliamentary debate.

Archbishop Anthony Fisher of Sydney noted last year that "we cannot take the freedom to hold and practice our beliefs for granted, even here in Australia," and that "powerful interests now seek to marginalize religious believers and beliefs, especially Christian ones, and exclude them from public life. They would end funding to faith-based schools, hospitals and welfare agencies, strip us of charitable status and protections."