A Pennsylvania mother of teenage daughters is demanding an apology from state representative Brian Sims, who shouted down and tried to dox the teens while they were quietly praying outside of a Planned Parenthood in late April. 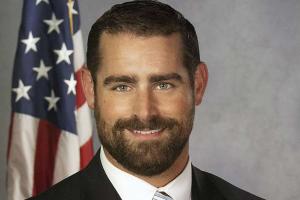 Philadelphia, Pa., (CNA) - Sims has been under fire recently after he livestreamed a video posted to Twitter May 2 in which he appears to harass and confront a woman who was praying the rosary quietly by herself outside of a Pennsylvania Planned Parenthood.

Ashley Garecht, the mother demanding an apology from Sims, said he treated her daughters similarly, shouting them down, calling them racists, and offering to donate $100 to Planned Parenthood if someone could reveal the girls' identities and personal information online, a practice known as doxing, which is illegal in most jurisdictions.

"The three girls deserve your genuine, explicit apology. I believe you know that your actions toward them were inherently wrong. You accosted them and said that they should be ashamed of threatening and attacking young girls trying to enter the clinic," Garecht said in an open letter to Sims, published in Philadelphia newspaper The Inquirer.

"You and I both know that the girls were peacefully standing at the far corner of the property line, praying in a barely audible voice. They were not threatening, and they certainly weren't attacking anyone or preventing access to the building," she added.

Garecht said she had brought her two daughters, along with one of their friends, to pray quietly at the Planned Parenthood. One of the girls is 13 years old, while the other two are 15. When Sims reportedly began shouting at the girls and pointing a camera at them, Garecht said she tried to intervene and asked Sims that he engage only with her, as the adult in the situation.

"...you looked over my shoulder and continued to scold the girls that they were white racists who shouldn't dare tell women what to do with their bodies," she wrote.

The friend that Garecht brought with her daughters isn't white, Garecht noted.

"...our purpose there was to pray that women of all races would choose life for their babies because we believe that all human life is sacred and we know that our society is better off with more children of every color walking among us," she said in the letter.

"These girls aren't racist, Mr. Sims. You devalue the term and cheapen it by using it so egregiously and inappropriately."

She called his attempts to dox her girls especially "dangerous", and said that she and her family now live "in constant heightened alert" because of his actions.

Despite Sims' harassment, Garecht said her daughters and their friend "were not intimidated by you. After we left, they saw you berating the kind young gentleman who respectfully removed his hat to speak with you. All three girls told me we should go back and stand with him. They didn't want him to have to endure your bullying alone."

Garecht said that as an elected official, Sims should support the girls' "First Amendment right to express their faith through speech."

"Those rights aren't theories or hypotheticals. They are specifically enumerated guarantees. It's your job to protect and uphold those rights for all citizens, including beautifully courageous and kind teenage girls," she said.

On May 7, Sims said in a post to Twitter that he acknowledged his aggressive behavior toward the woman in his May 2 video.

"I will fiercely protect a woman's right to make the best choices for her health & her body, unimpeded. I also know that two wrongs don't make a right, especially on the front lines of a civil rights battle. I can do better, and I will do better, for the women of Pennsylvania," he said.

On May 10, a "Pro-Life Rally Against Bullying" drew 1,000 people outside of that same Planned Parenthood where Sims had allegedly harassed numerous people. Pro-life speakers at the event called for Sims' resignation. Leaders from local and national pro-life groups attended the rally, including the Pro-Life Union of Greater Philadelphia, the Pennsylvania Family Council, 40 Days for Life, Students for Life, Sidewalk Advocates for Life, Sidewalk Servants and the Susan B. Anthony List.

Garecht said in her letter that she believes Sims owes a specific apology to her teenage daughters.

"Mr. Sims, you said you wanted to do better for the women of Pennsylvania. I take you at your word, and I forgive you," she wrote.

"I'm now asking you to do the right thing by being accountable for your actions and making a genuine, explicit apology to my daughters and their friend. They don't need anything from you, but they certainly deserve it."