Cardinal Konrad Krajewski climbed down a manhole Saturday to restore the power supply to a disused, Italian state-owned property in Rome where many homeless persons have been living. 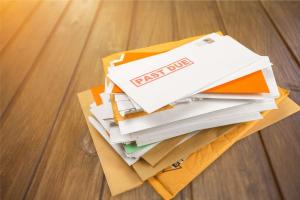 It has been occupied since 2013 by the Action movement, and in addition to housing, it hosts several workspaces.

"I intervened personally last night to turn back on the meters. It was a desperate gesture. There were over 400 people without electricity, families with children," Krajewski, almoner of the office of papal charities, told Ansa May 12.

Matteo Salvini, Italy's deputy prime minister, said, "I expect that the pope's almoner, who intervened to turn the power back on in an occupied building in Rome, will also pay the 300,000 euros in back bills."

The politician of the center-right populist party Lega Nord added at an electoral meeting: "I think you all are making sacrifices to pay your bills; if someone is able to pay the bills of those Italians in difficulty, we are happy."

As papal almoner, Archbishop Krajewski is responsible for distributing donations to those in need on behalf of Pope Francis. Other initiatives he has carried out include a dormitory, barber services, and showers for those in need.