Free World Class Education
FREE Catholic Classes
The Conclave of Cardinals will most likely start next week, between March 5th and 8th, according to an informed observer.

Our reason for starting this "Countdown to the Conclave" is simple: Let's cut through all the media hype, the spin, the deception, and focus on the basic facts about, and narrative of, the Conclave. Our first offering is FAQ -- frequently asked questions -- about a papal conclave in general and the next one specifically. 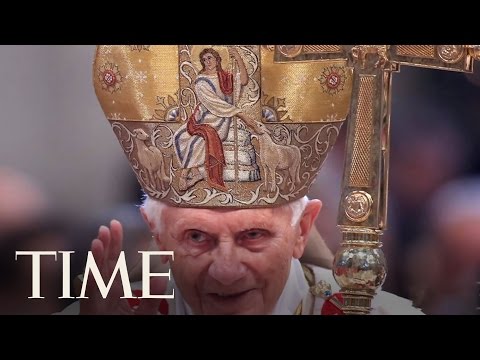 P>WASHINGTON, DC (Catholic Online) - Our reason for starting this "Countdown to the Conclave" is simple: Let's cut through all the media hype, the spin, the deception, and focus on the basic facts about, and narrative of, the Conclave. Our first offering is FAQ -- frequently asked questions -- about a papal conclave in general and the next one specifically. Here we go:

When will the Conclave be held?

The Conclave of Cardinals will most likely start next week, between March 5th and 8th, according to an informed observer. Vatican law requires a Conclave commence 15 to 20 days after the papacy becomes vacant.

How long will the Conclave last?

The Conclave will probably last one to three days. Benedict XVI was elected on the 4th ballot in 2005. The last Conclave to go more than five days was in 1831, which lasted 54 days.

How many cardinals will be voting?

Of the more than 200 cardinals attending the Conclave only those who are under 80 years of age are eligible, approximately 115. At least one cardinal is not attending: Cardinal Keith O'Brien has chosen to stay away because of allegations of improper relations with other priests.

What is the general make-up of the cardinals who are voting?

Where is the Conclave held?

The Conclave is held in various sites throughout the Vatican: the cardinals will first assemble in St. Peter's Basilica, then gather again in the Pauline Chapel before proceeding to the Sistine Chapel (singing the Veni Creator Spiritus.) The voting itself is held in the Sistine Chapel under the magnificent painted ceiling of Michelangelo.

How does the voting proceed?

How many votes are needed to elect a new pope?

According to the procedures formalized by Pope John Paul II in his apostolic constitution Universi Dominici Gregis, as modified on February 25, 2013 by Pope Benedict XVI in his apostlolic letter issued motu propio,(on his own authority), Regarding the Election of the Roman Pontiff,
a two-thirds supermajority vote is required to elect the new pope. Acceptance from the person elected is also a requirement.

What happens when a new pope is elected?

The Cardinal Dean meets with the Secretary of the College of Cardinals and the Master of Papal Liturgical Celebration, and the Cardinal Dean asks the pope-elect if he accepts: "Acceptasne electionem de te canonice factam in Summum Pontificem?"or "Do you accept your canonical election as Supreme Pontiff?" (Only one pope-elect in modern times has said "no," Giovanni Colombo in October, 1978.) If he accepts, the new pope immediately takes office, unless he is not a bishop and must be consecrated before assuming office.  A priest or a lay person can be elected and would require intermediate steps before becoming pope.

What does the "white smoke" mean?

White smoke signifies a new pope has been elected, black smoke signals there has been no result. Since 1963 chemicals have been added to insure there is no misunderstanding. In 1958 there was confusion when the smoke did not appear either white or black.

When does the new pope choose his name?

After the pope-elect accepts, the Cardinal Dean asks him about his papal name, "Quo nomine vis vocari?" or "By what name do you wish to be called?" After the new pope chooses his name, he returns to the Conclave and the Master of Pontifical Liturgical Ceremonies releases a document declaring the new name of the pope.

What happens at the end of the Conclave?

The new pope goes to a small room next to the Sistine Chapel, the "Room of Tears", and dresses himself, choosing a set of pontifical choir robes -- white cassock, rochet and red mozzetta  -- from three sizes provided. The new pope puts on a gold corded pectoral cross, a red embroidered stole, and wears a white zucchetto on his head. The senior Cardinal Deacon comes out on the balcony of St. Peter's Basilica and proclaims the new pope's name, beginning with "Annuntio vobis gaudium magnum: Habemus Papam! or "I announce to you a great joy: We have a new Pope!" The new pope then comes out and gives his first apostolic blessing.