Archbishop Anthony Fisher, O.P., of Sydney said Mass Thursday to open formally the cause of beatification of Eileen O'Connor, the foundress of Our Lady's Nurses for the Poor, who died at a young age. 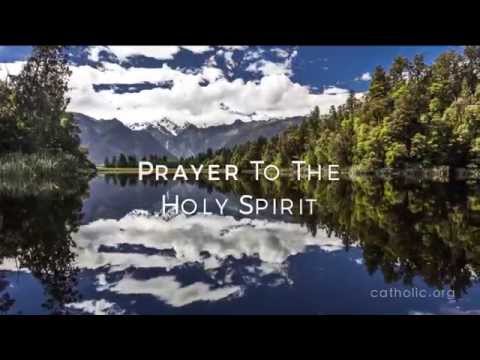 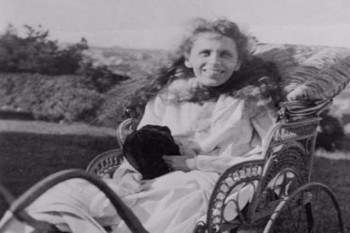 Sydney, Australia, (CNA) - Archbishop Anthony Fisher, O.P., of Sydney said Mass Thursday to open formally the cause of beatification of Eileen O'Connor, the foundress of Our Lady's Nurses for the Poor, who died at a young age.

Born in Melbourne in 1892, Eileen suffered an injury at the age of three that would leave her paralyzed for some years and then confined to a wheelchair and in pain for the rest of her life. Together with Fr. Edward McGrath, she founded a ministry to serve the poor in their own homes in honor of the Blessed Virgin Mary. She died at the age of 28, in 1921.

"I think the youth of Eileen focuses attention far more on the brief period of her activity," Fr. Anthony Robbie, a priest of the Archdiocese of Sydney and postulator of O'Connor's cause, told CNA Feb. 20.

"We're focused much more intently on the particular luminosity of the character that the Servant of God shows under stressful circumstances, perhaps brought on above all by the physical frailties that she suffered during her life. And she's a hidden soul in many ways, again imposed by her illness."

O'Connor "was a humble soul deeply in love with God, and so her writings, which take the form mostly of letters and spiritual conferences she gave to her companions in the little work of Our Lady's Nurses for the Poor, are very uplifting and beautiful expressions of affection and attachment to God, and the motivation of charity, which inspired all of the great works that she accomplished," the priest reflected.

Her witness of sanctity comes "above all from the effect she had on the people around her," he said.

"They were absolutely devoted to her, they called her 'the little mother', and they loved her ... And that degree of affection in which she was held never diminished over the years, not just by women who joined the community, but others who saw her example were just amazed and delighted."

O'Connor and McGrath founded Our Lady's Nurses for the Poor in 1913 to care for the poor and sick.

Today, Our Lady's Nurses for the Poor continue their ministry in Sydney, Newcastle, and Macquarie Fields.

"In Eileen's day they were laywomen; later on, they formed themselves into a religious community of sisters under vows, and they're still religious sisters today," Fr. Robbie explained.

"It's always been small; it was never above 30 people, it now hovers around 10 members. It's a very small but very good group of devoted women," he added.

More than 1,000 people assisted at a Feb. 20 Votive Mass of Our Lady at St Mary's Cathedral in Sydney formally to launch the cause for O'Connor's beatification.

During his homily, Archbishop Fisher called O'Connor a "faithful lay-woman, mystic and foundress, renowned for works of mercy, whom we hope one day to call Australia's second saint!"

"An unwavering devotee of the Blessed Virgin, she experienced a visitation from her and agreed to offer up her suffering for Our Lady's work," the archbishop stated.

He added that when O'Connor's body was translated to a convent in Coogee 16 years after her death, it was found to be incorrupt, and pilgrims continue to visit her tomb.

Because of the continual devotion to O'Connor, in 1962 the then-Archbishop of Sydney approved a prayer for her beatification, and in 1990 a preliminary investigation of her merits was permitted.

In 2018, the bishops of the province unanimously voted to initiate her cause, and the Holy See granted her the title Servant of God in confirmation of the work thus far.

"The time is now ripe for a more thorough examination of her cause, to pray that there may be many miracles to credit to that cause, and to hope that the Church may eventually raise her to the altars," Archbishop Fisher said.

He noted that "for a century now the Catholic faithful have kept alive the memory of the Little Mother, cherishing the woman, her character and wisdom, her foundation and apostolates ... And for a century now believers have received many answers to prayers to and through Eileen."

"Popular devotion to her even in her life-time has not diminished since her death, even in a culture increasingly deaf to the supernatural and disrespectful to the handicapped."

Fr. Robbie explained that at this point in the cause, "the process involves a forensic examination of her life, to find the presence of what we call heroic virtue in the Servant of God. If the panel of historians produce sufficient information in that regard, and the Roman authorities are satisfied by it all, then they accept this cause, [and] declare her venerable."

Archbishop Fisher preached that "She certainly seems to have done ordinary things in an extraordinary way and extraordinary things ordinarily, like so many saints. Frail, crippled and in pain, she reached out to others and was tireless in their service. She gave her all to God, her sisters, the sick poor. Amidst all her troubles, she was united to Christ and Mary, drawing strength and inspiration from them."

Fr. Robbie emphasized that should she be declared venerable, "at that point we will start investigating the existence of miracles" worked through her intercession, "and the nature of the miracles."

"The main focus of this investigation is into the virtues of her life," he added. "The saints are there both to provide example and intercession."

Michelle Climpson is a young Sydney woman devoted to O'Connor, who credits that devotion to helping her through a grave illness.

She told CNA that in June 2016, when going to donate blood she discovered that her hemoglobin was "very low."

Sent to the hospital to have the matter examined, it was found she had a form of leukemia and would need a bone marrow transplant.

"Hearing that news ... was very scary. And my mum is actually the one who introduced me to Eileen O'Connor. We started to go see her in Coogee and went to a few Masses where she lays," Climpson said.

"Pretty much just from the first time I was there I wrote ... for her to help me be cured, and every time I had a massive treatment ... I just took all of my prayers to her, and I continually prayed to her every time it got a bit rough."

Climpson said, "I just put all of my attention into praying to her. And so now I am in remission, and in June it will be four years since I was diagnosed."

She added that "I've always prayed, and I have always gone to Church, but I think this has definitely heightened it ... I always ask for Eileen's help all the time now, it really has increased my faith."

"It definitely helped me to get through to the other side, now I'm living a normal life, I got married, and I think my faith really helped me get to this point, and I'm very, very, very grateful."