A hearing of the Australian Senate was told Tuesday that the government had narrowed the purview of an independent inquiry into the effect of anti-discrimination laws on religious schools and organizations. 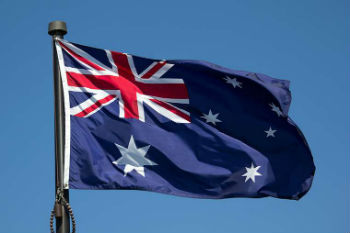 Canberra, Australia, (CNA) - A hearing of the Australian Senate was told Tuesday that the government had narrowed the purview of an independent inquiry into the effect of anti-discrimination laws on religious schools and organizations.

The government had asked the Australian Law Reform Commission in April to report on how to balance competing claims of religious freedom rights and LGBT rights. In recent years, Australia has seen debate over religious freedom with respect to the seal of the confessional, hiring decisions, and same-sex marriage.

Sarah Derrington, president of the ALRC, told a Senate hearing Oct. 22 that the government had in August limited the commission's field of inquiry and delayed its report.

"The terms of reference as originally drafted were quite narrow in any event but they are narrower again," she said, according to the AAP.

The ALRC was to have published a discussion paper on its findings in November, but the government directed that it be pushed back at least eight months.

It was also told to confine its recommendation to laws other than the religious discrimination bill, and ensure that legislation on sex discrimination and employment are consistent with the bill.

Derrington said that as a result, she has paused the commission's inquiry.

The coalition government, which is led by the Liberal Party and includes the National Party, wants to make religious belief and activity a protected class, like race or sex. It also hopes to ensure that groups rejecting same-sex marriage are not stripped of their charitable status.

The bill has faced criticism from both religious groups and LGBT advocates.

Freedom for Faith, a Christian legal think tank, said in September that the bill would have unintended consequences, and urged that it be re-drafted before it is passed.

Among its objections to the bill was that "it does not make much sense to create new exemptions in legislation at the same time as two organisations that report to the Attorney are busily working to reduce or eliminate them," in reference to the work of the ALRC and the Australian Human Rights Commission.

The Australian bishops' conference has said that while the religious discrimination bill shows promise, it does not do enough to safeguard religious freedom.