Amid Hong Kong protests, Beijing cracks down on some Chinese Catholics

The persecution of Catholics in mainland China is increasing after prominent Catholic figures in Hong Kong continue to speak out against the communist regime, according to reports. 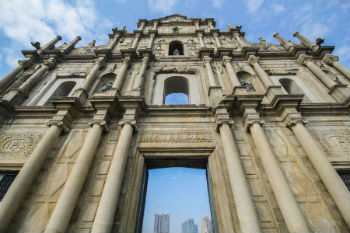 Hong Kong, China, (CNA) - The persecution of Catholics in mainland China is increasing after prominent Catholic figures in Hong Kong continue to speak out against the communist regime, according to reports.

The reports from Bitter Winter, a magazine covering religious liberty and human rights in China, come alongside allegations that the Chinese government has ignored requests to tolerate Catholic churches that decline to join the Chinese Patriotic Catholic Association (CPCA), the state-approved Catholic church.

Months of pro-democracy protests in Hong Kong, in which Catholics have played a prominent role, have reportedly raised concerns with mainland Chinese officials that Catholics on the mainland could work with the Catholic Church in Hong Kong to inspire similar resistance. Beijing has instituted a travel ban for some Catholics seeking to enter the island.

Unlike on the mainland, the Catholic Church in Hong Kong is not overseen by the government, and there is no "underground" church.

Reports from the province of Jiangxi claim that a priest who has refused to join the CPCA has been forced into hiding due to fear of arrest. Before going into hiding, the priest instructed his congregation to "persevere in faith, recite the Rosary, and pray" should he be arrested.

"Cardinal (Joseph) Zen is quite concerned about our underground churches in mainland China," a member of the clergy in the Diocese of Yujiang told Bitter Winter. The unnamed priest was forbidden by the Chinese government from traveling to Hong Kong in August.

"The CCP won't allow me to travel; there's nothing I can do," said the priest. He said he was invited to Hong Kong by Zen to discuss topics related to the underground Church.

Over the summer in July and August, at least five Catholic churches in the Yujiang diocese were forcibly shut down by the government, due to their refusal to join the CPCA. In mid-August, government officials threatened to arrest an underground priest and revoke government monetary subsidies to all Catholics in the city of Yingtan after their parish refused to join the state-sponsored Church.

"The government places spies in CPCA churches to specially monitor what priests say in their sermons and what activities they hold," the priest from Yujiang reported. The Chinese government monitors the everyday activity of CPCA priests, their travel.

"Basically, the state knows everything about the priests," he added.

Last year, the Vatican and Chinese government brokered an agreement that regularized the position of CPCA bishops with the Vatican, who agreed to allow Communist Party oversight of future episcopal nominations.

In May, Vatican Secretary of State Cardinal Pietro Parolin told a Chinese state-owned newspaper that "inculturation," a Catholic missionary practice, and "sinicization," the Chinese government campaign to conform all religions to Chinese culture and communism, can be "complementary" and "can open avenues for dialogue."

The agreement was meant to ensure that the Chinese government would respect members of the underground Church who refused to join the CPCA. This, according to clergy and parishioners in the Yujiang Diocese, has simply not happened.

"The CPCA is purely a political tool, not a religious organization, because it obeys the Communist Party's management; they place the Party above all else," said a Catholic from Yujiang. The parishioner said the government uses the CPCA to "deceive the world, to show that there is religious freedom in China.

In mid-September, reports emerged that churches belonging to the Chinese state-run "Three-Self Patriotic Movement" Protestant denomination have been ordered to replace displays of the decalogue with sayings of the Chinese president.

The new directive reportedly comes after Three-Self churches were initially told to remove the First Commandment, "You shall have no gods before me," as Jinping disagreed with it.

Reports indicate that those who have refused to remove any or all of the Ten Commandments have been imprisoned, with leaders and worshippers harassed even in churches that complied with the instruction.

Human rights groups have also warned that Chinese government has millions "prisoners of conscience" who are imprisoned for their religious beliefs. Last week, a representative from the China Tribunal testified to the United Nations that there is ample evidence the Chinese government is harvesting organs from these prisoners.