Indonesian authorities released Tuesday the names of a couple whom they believe to have orchestrated a January terrorist attack on a cathedral in the Philippines. 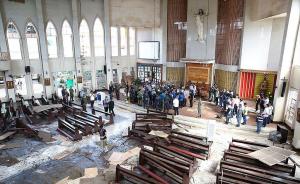 Prasetyo said police discovered the identity of the bombers last month when they arrested an Islamic militant who recruited the Indonesian couple.

Before the husband and wife had underwent a government sponsored deradicalization program, they had been involved with Jemaah Anshorut Daulah, an outlawed Islamic extremist organization allied to the Islamic State group.

Two bombs exploded during Mass at the seat of the Vicariate Apostolic of Jolo Jan. 27, killing at least 20 and injuring at least 111 others.

The Filipino bishops' conference condemned the attack as an "act of terrorism." The Islamic State, which has ties to the local Muslim insurgent group Abu Sayyaf, claimed responsibility for the attack. Attacks by Abu Sayyaf against Catholics in the region are not uncommon.

The cathedral was rededicated July 23 during a Mass said by Archbishop Gabrielle Caccia, Apostolic Nuncio to the Philippines, along with Cardinal Orlando Quevedo, Archbishop Emeritus of Cotabato.

Jonathan Luciano, national director of Aid to the Church in Need in the Philippines, said the clerics offered words of hope and encouragement.

"[Cardinal Quevedo] described how inspiring the people of Jolo were because of their faith and resilience despite constant persecution," Luciano said in a recent report.

"At the end of the Mass, Archbishop Caccia assured people that the Church of Christ and the Christian community [are] with them...They are not forgotten or neglected. This is not only manifested with financial assistance, but through the solidarity of prayer all over the world," he added.