For 3 months, no girls were born in 132 Indian villages

A northern Indian district has launched an investigation into a region in which the birth rate of baby girls is in dramatic decline. Government data has revealed that among 216 babies born across 132 villages in the last three months, not even one of them was a girl. 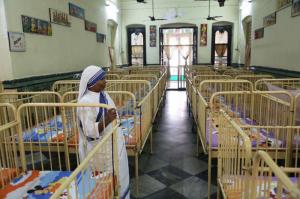 New Delhi, India, (CNA) - The district administration of the Uttarkashi region has announced that it will form a task force to examine the reason why no girls have been born in the region.

But some experts in the area say the reason is clear. "No girl child was born for three months in these villages. It cannot be just a coincidence. This clearly indicates female foeticide is taking place in the district. The government and the administration are not doing anything," social work Kalpana Thakur told NDTV this week.

The region's district magistrate, Ashish Chauhan, told reporters this week that the matter is "suspicious, and has highlighted female foeticide."

"We have identified areas where the number of girl childbirth is zero or in single-digit numbers. We are monitoring these areas to find out what is affecting the ratio. A detailed survey and study will be conducted to identify the reason behind it," Chauhan said.

Chauhan added that health workers in the area have been told to be vigilant.

In 1994, India outlawed sex-selective abortion. However, some experts say that the practice persists because male children are perceived to be more able to contribute financially to a family's needs, and marriage customs require that the parents of girls pay a substantial dowry. In Hinduism, India's predominant religion, male children perform the funeral rites of their parents.

A 2011 census found that there were 943 females for every 1,000 males in the country, and recent statistics suggest that the ratio of women to men is moving further from even.

Government officials claimed in 2015 that as many as 2,000 girls are killed in India daily, through both abortion and infanticide.