Catholic priests are reportedly protesting Pope Francis' reinstatement of a cardinal who is facing allegations of financial mismanagement, and has been previously accused of failing to respond to reports of misconduct from a nun who claims to have been raped. 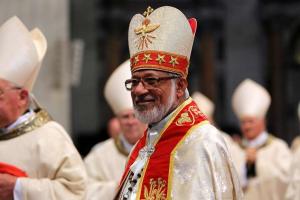 Ernakulam, India, (CNA) - Cardinal George Alencherry heads the Archdiocese of Ernakulam-Angamaly of the Syro-Malabar Catholic Church, an Eastern Catholic Church in union with Rome and one of the two main Eastern Churches in India.

Alencherry has been accused of involvement in dubious land deals dating back to 2015. Alencherry reportedly bypassed Church law requiring consultations before a land sale that resulted in heavy financial losses for the Church.

After an investigation by a local commission, the Vatican in 2018 appointed a temporary administrator to lead the diocese in Alencherry's place. A Vatican letter said Cardinal Alencherry â€˝should absolutely not be involved" in any decisions, UCA News reports.

Pope Francis reinstated Alencherry in June. At the time Cardinal Leonardo Sandri, head of the Vatican's office for Eastern Catholic Churches, stated that Alencherry must now submit monthly financial plans to the Syro-Malabar Church's governing body. The Syro-Malabar synod will meet in August to discuss longer-term solutions to the archdiocese' financial situation.

The Vatican investigation's findings have not been made public, and two auxiliary bishops who were also suspended remain suspended, the Associated Press reports.

According to the AP, about 450 priests, including 70 from outside of India, began a hunger strike and prayer vigil last week at the cardinal's diocesan headquarters, in the city of Kochi, India to protest Alencherry's reinstatement, the continued suspension of the two auxiliary bishops and to demand information about the Vatican's investigation.

One of the protesting priests told the AP that the hunger strike ended after priests met with members of the Syro-Malabar synod and presented their demands, and were given assurance that the demands would be put forward during an August meeting.

Alencherry has also faced charges, which spokesmen say are spurious, that he might have ignored allegations of misconduct on the part of another Indian bishop.

An Indian television station aired an audio recording last week that appears to indicate that Alencherry may have been aware of a nun's claim that a bishop had raped her, before the nun made her public complaint.

The nun in June 2018 accused Bishop Franco Mulakkal of Jalandhar of raping her in 2014 and sexually abusing her on multiple occasions over two years.

In a recorded phone call between the nun and Alencherry, alleged to have taken place before the nun filed her official complaint, Alencherry appears to tell the nun that he would deny knowing anything about the complaint if the police ask about it, and that she should deal with the apostolic nuncio instead of the police.

A spokesman for the Syro-Malabar Church, which Alencherry heads, acknowledged the existence of the conversation, but said that the tape had been heavily edited to portray the cardinal in a bad light. He told local media that the nun had complained about concerns in her convent, but had not mentioned sexual assault.

Bishop Mulakkal was formally charged with raping the nun nine times over a two-year period and faces a maximum sentence of life imprisonment, local authorities announced in April.

The charge sheet against Mulakkal included statements from more than 80 witnesses including a cardinal, three bishops, 11 priests and 25 nuns, according to Indian Catholic group Save our Sisters. He is expected to be in court this week.

Ed. note: This article was edited after publication for clarity about the reasons for the protest.