UN approves investigation into drug war in the Philippines

The UN Human Rights Council has approved a resolution to launch an investigation into the violent war on drugs taking place in the Philippines under President Rodrigo Duterte. 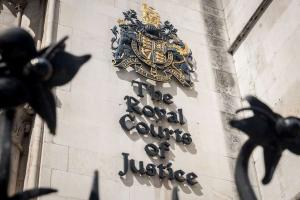 Manila, Philippines, (CNA) - Approved Thursday by a narrow margin, the resolution does not go as far as to create a full commission to examine the matter, but instead authorizes an investigation to examine alleged crimes against humanity, including reports of extrajudicial killings, disappearances, and arbitrary arrests.

Michelle Bachelet, the UN's High Commissioner for Human Rights, will present the findings in a report next year.

A spokesperson for Bachelet said the investigation will help find "clarity around the contested facts, figures and circumstances" in the Philippines, the Guardian reported.

The Philippines criticized the investigation, saying there "will be consequences," according to the BBC.

A statement from the country's Secretary of Foreign Affairs, Teddy Locsin Jr., called the resolution a "travesty" of human rights. "We will not accept a politically partisan and one-sided resolution," he said.

For the past three years, Duterte has been heading a brutal war on drugs in the Philippines. The president was elected on a platform promising to address the country's drug problem, and he continues to enjoy high levels of approval among citizens.

However, the campaign against drugs has drawn significant international criticism for its reported extrajudicial killings and death squads. Nearly 500 deaths have been reported this year alone.

Duterte's war on drugs has also been a major point of contention with Catholic leaders.

Thousands of people have been killed in the crackdown, with human rights activists suggesting the number may have exceeded 10,000. The alleged suspects are often shot by police under the allegation that they attacked first. In addition, extrajudicial killings have sprung up, with vigilantes killing those suspected of drug sales or use.

The bishops of the Philippines have repeatedly denounced the violence. They have stressed the need for justice and have encouraged peaceful efforts at drug reform, such as the parish-based rehabilitation program in Manila called Sanlakbay. They have also held novenas and days of prayer for an end to violence in the country.