Pope Francis on Wednesday appointed bishops to the dioceses of Osorno and San BartolomĂ© de ChillĂˇn, both of which had been left vacant in 2018 amid the sex abuse scandal of the Church in Chile. 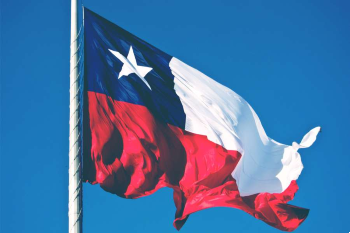 Santiago, Chile, (CNA) - Pope Francis on Wednesday appointed bishops to the dioceses of Osorno and San BartolomĂ© de ChillĂˇn, both of which had been left vacant in 2018 amid the sex abuse scandal of the Church in Chile.

The chanceries of both Osorno and  ChillĂˇn had been raided in September 2018 amid an investigation into sexual crimes against minors committed by members of the Church.

The Diocese of Osorno had been vacant since the June 2018 resignation of Bishop Juan de la Cruz Barros Madrid, who had been accused of covering up abuses of Father Fernando Karadima.

And the Diocese of San BartolomĂ© de ChillĂˇn fell vacant in September 2018 with the resignation of Bishop Carlos Eduardo PellegrĂ­n Barrera, S.V.D., who had been accused of a sexual crime.

Bishop Concha was born in 1958, and took solemn vows in the Order of Friars Minor in 1983, and was ordained a priest in 1986. He was appointed an auxiliary bishop of the Archdiocese of Santiago de Chile in 2015.

During Bishop Concha's tenure as apostolic administrator of Osorno, he worked for reconciliation and renewal in the diocese and for improved relations with the faithful.

He said that he understood this job as "the search for peace, for unity, for rapprochement among all. I initiated dialogue, listened to a lot of people, visited all the communities, was always open for them to ask questions and made myself available to people."

Fr. Perez was born in 1963, and made perpetual vows with the Congregation of the Sacred Hearts of Jesus and Mary in 1989; he was ordained a priest the following year.

Beside working in formation and counseling at schools and in youth ministry in various assignments,  Fr. PĂ©rez de Arce was the provincial superior of his congregation from 2005 to 2011. He served as president of the Conference of Religious Men and Women of Chile from 2011 to 2014. During the same period, he was a member of the National Council for the Prevention of Abuse and Accompaniment of Victims of the Chilean bishops' conference.

The abuse committed by Karadima became the focus of attention in Chile after the 2015 appointment of Bishop Barros to Osorno. Barros had been accused of covering up Karadima's abuses.

Pope Francis initially defended Barros, saying he had received no evidence of the bishop's guilt, and called accusations against him "calumny" during a trip to Chile in January 2018. He later sent Archbishop Charles Scicluna of Malta to investigate the situation in Chile.

After receiving Scicluna's report, the pope apologized, said that he had been seriously mistaken, and asked to meet the country's bishops and some survivors in person.

In May 2018 he met with Chile's bishops and asked all of them to offer their resignations, to be accepted or rejected later. He rebuked them for systemic cover-up of clerical abuse and called them to make deep changes.