Cardinal Sergio Obeso Rivera, the Archbishop Emeritus of Xalapa, died in his home Sunday at the age of 87, after an illness of several weeks. 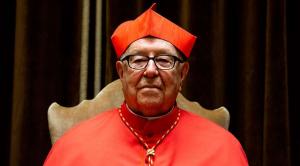 "Innumerable are the works and the pastoral initiatives which Cardinal Sergio Obeso completed throughout his services in this archdiocese; we are witnesses to his closeness with his faithful, his capacity for dialogue with different actors and his exquisite capacity to converse, as well as his gift of people," Archbishop HipĂłlito Reyes Larios of Xalapa said Aug. 11.

"Cardinal Sergio Obeso Rivera lived with great discretion and did not like to talk about his qualities and his achievements. However, all of us are witnesses of his gifts and virtues."

Archbishop Reyes has asked Aug. 2 for prayers and commending the cardinal's health to God, saying, "he has been deteriorating" for several weeks. He had been hospitalized on several occasions in Veracruz and Xalapa.

Obeso was born in 1931, and entered seminary in 1944. He began studying at the Pontifical Gregorian University in Rome in 1947, earning a doctorate in theology, and he was ordained a priest of the Archdiocese of Veracruz-Jalapa in 1954, at the age of 23.

He worked in the seminary of Xalapa, teaching philosophy and serving as a prefect, spiritual director, and rector.

Obeso was appointed Bishop of Papantla in 1971, and Coadjutor Archbishop of Xalapa in 1974.

He succeeded as Archbishop of Xalapa in 1979, remaining there until his 2007 retirement at the age of 75.

Archbishop Reyes wrote that Cardinal Obeso "was a person admirable in ever way. We had the privilege of being guided by him, always  listening with much attention to his counsel and his guidance. We recognize him as a cultured man, as a kind, bright person with a human quality recognized by his own and by strangers. He was eloquent in speaking, his teachings manifested the profound solidity of his formation and the clarity of his thinking."

The archbishop said his predecessor had a closeness to the poor, often visiting "the rural communities and villages of the highlands of the state of Veracruz with a great disposition and pastoral charity."

"Cardinal Obeso taught us with the testimony of his life that the poor can and should be served without assuming radical positions and without demagogy. One can serve the most unprotected and be witnesses in the world without giving up Christian values or losing membership in Christ. Cardinal Sergio Obeso served the world because he had a great belonging to Christ."

The Mexican bishops said Aug. 11 that "We recognize his generous dedication to the pilgrim Church in our country, especially the great work of coordination and primary responsibility that he carried out as president of our bishops' conference."

The prelates recalled Cardinal Obeso's participation "in some significant episodes in our country's history, participating in the peace and reconciliation negotiations for the San AndrĂ©s Accords, in our efforts to reestablish relations between the Mexican state and the Holy See by promoting the regulatory law of Article 130 of the Constitution."

"In other three year periods he was responsible for the Commissions for Pastoral Social Ministry and for the Clergy, and also was a great promoter of the canonization of Saint Rafael GuĂ­zar y Valencia," they added.

"We ask you to commend his soul to God, offering three Masses for his eternal rest," concludes the statement.