The bishop of one of Mexico's most violent areas has said that Wednesday's sentencing of drug lord JoaquĂ­n Guzman Loera to life in prison plus 30 years is proper and prudent. 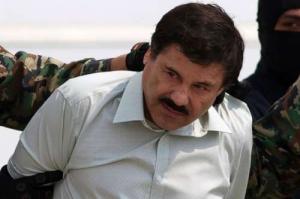 Chilpancingo, Mexico, (CNA) - Guzman, known as "El Chapo", is a fomer head of the Sinaloa Cartel. He was sentenced July 17 by a judge in New York, after having been found guilty of 10 charges, including drug trafficking and money laundering.

"I believe he was properly judged. I have more confidence in American laws than Mexican, and I believe that they judged it to be prudent to give him life in prison plus 30 years," Bishop Rangel stated.

Guzman's sentence "is the fruit of the criminal acts he committed, and in particular I believe this should help many other criminals to see that sooner or later they will have to face justice and the we all have to answer for the evil deeds we have done," the bishop said.

"I believe it's a just sentence given to that man and especially so it's an example for everyone else."

"Hopefully this will also rein in crime a bit here in Mexico," he added.

Guzman had been captured by Mexican authorities in 2014, but escaped from a maximum security prison in July 2015. He was re-captured in Junary 2016, and extradited to the US in 2017.

In addition to his prison sentence, Guzman was also ordered to pay $12.6 billion in forfeiture.

The Department of Justice said that the drug trafficker's trial brought out the methods used by the Sinaloa Cartel to transport tons of drugs to the United States as well as the violence the organization  "relied on to maintain its power throughout the region and beyond."

Mexico faces much violent crime, often related to drug trafficking. According to the Citizen Council for Public Safety and Criminal Justice, 15 of the 50 most violent cities in the world during 2018 were in Mexico.

According to the Mexican daily El Universal, the first six months of 2019 have been the most violent on record in Mexico's history.

Bishop Rangel lamented that "the circumstances in Mexico are very tough. I believe what does the most harm is the corruption in the different levels of government, as well as in society itself, in business."

"In the end, what's predominating is political and economic expediency, and I believe these criminal gangs will hardly go away as long as we don't get to the root of the problem: for example, the lack of opportunities in education and the economy," he said.

For the Mexican prelate it is critical "to remake the social fabric, which has unraveled for us. And this, as we know, can only be achieved on the basis of principles and values."

"We must shore up values within the family, the school, society, the Church. We must all aim at those values, because unfortunately we have generations lacking those values."

After noting the violence with which organized crime tortures and murders it victims, Bishop Rangel stated that "we must teach them that we must love life, respect it, and care for it."