Venezuelan bishops condemn death of naval captain while in custody

The Venezuelan bishops' justice and peace commission have condemned the death in custody of Rafael Acosta ArĂ©valo, a naval captain who was arrested over an alleged assassination plot against president Nicolas Maduro. 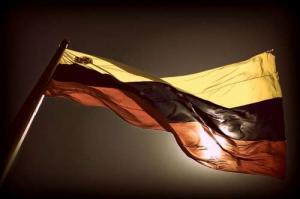 Caracas, Venezuela, (CNA) - Acosta's lawyer alleges the officer had been tortured while in custody. Two members of Venezuela's military counterintelligence agency have been charged in relation to Acosta's death.

The bishops also protested that police had allegedly disfigured and left blind Rufo ChacĂłn Parada, a youth, as he was demonstrating about the lack supplies in the country.

"The Venezuelan state is responsible. We will not consent to the manipulation, dissimulation and downplaying of these grave incidents," the bishops' justice and peace commission stated July 4.

"It is our commitment as a Church, which sees in the suffering faces of the relatives and those of the victims the suffering of Our Lord Jesus Christ. These two victims represent today the cries of many other citizens who have been subjected to the same patterns and whose cases have been blacked out."

The bishops said that "the forced disappearance, torture, cruel, inhuman or degrading treatment, excesses committed by the police ... against Venezuelans are practices that have taken hold in the military and police corps, and are occurring on an ongoing basis, like a secret that cries out in our consciences."

"This immoral, ignoble and dishonorable conduct is an attack on the dignity of the person and violates the conventions and treaties signed by the republic which directly makes responsible those officials that order, apply or tolerate this conduct or are able to prevent it, and do not do so," they added.

In the case of ChacĂłn "the disproportionate use of force once again leaves indelible consequences on this family: a young bachelor who is now blind, disfigured, and with no desire to live, a traumatized mother who in addition to life's basic rights being denied her, that of protesting, of complaining, of finding unacceptable this fragile existence which we have been subjected to by government mismanagement. Silence is not an option in face of so much outrage," the bishops said.

The bishops demanded that Acosta's case be investigated "in accordance with the international standards and protocols related to cases of torture and not as a simple criminal investigation. That includes conducting a proper autopsy in accordance with law and with independent experts and adequately preserving the entire body of evidence."

The bishops noted that the men charged in relation to Acosta's death, Lt Ascanio Tarascio and Sgt Estiben Zarate, are 22 and 23, and asked: "This is the generation the armed forces are passing the baton to? Who taught these young men how to do so much harm to their brothers? What are the responsibilities of their superiors in the chain of command in these institutions?"

They emphasized that "these young perpetrators are also victims of a system that has allowed this moral and spiritual degradation in our county."

Acosta was captured by Venezuela's Directorate General of Military Counterintelligence June 21, and he was later listed as among 14 Venezuelans arrested for participation in an alleged assassination plot.

Acosta appeared in a wheelchair before a military tribunal June 28, but collapsed before proceedings began. He died the following day in a military hospital.

Under Maduro's socialist administration, Venezuela has been marred by violence and social upheaval, with severe shortages and hyperinflation. More than 4 million Venezuelans have emigrated since 2015.