Ontario's highest court has ruled that doctors who object to procedures such as abortion and assisted suicide must refer patients to another, willing doctor. 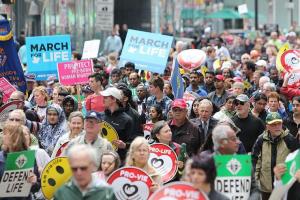 Toronto, Canada, (CNA) - In a unanimous decision issued Wednesday, the Court of Appeal upheld a 2016 policy set forth by the College of Physicians and Surgeons of Ontario (CPSO) requiring doctors in the province to provide an â€˝effective referral" if they object to treatment such as abortion, contraception, transgender surgery, or assisted suicide.

Though the lower court found in Jan. 2018 that forcing doctors to refer for those procedures  violated their religious freedom under the Canadian Charter of Rights and Freedoms, it also determined that those violations were necessary in order to give patients access to those services.

Dr. Ryan Wilson, President of Canadian Physicians for Life, told reporters in a conference call that the group has yet to decide whether to appeal the case to the Supreme Court of Canada, but said an appeal "is not off the table," The Canadian Press reports.

Canadian Physicians for Life was one of several groups, along with 5 individual doctors, who challenged the CPSO's rules in court. Collectively the groups said they would be willing to provide patients with a general phone number or website for the provincial government's coordinating service for assisted suicide, but they argued that to go beyond that would violate their faith, The Globe and Mail reports.

The groups also argued in the appeal that the original decision was unreasonable, because it gave more weight to an assumed problem with healthcare than to a real infringement of doctor's rights, The Canadian Press says.

"This is a disappointing decision and puts our doctors '" doctors who entered the field of medicine to provide quality, compassionate, and patient-centered care '" in an impossible position," Wilson said last year.

"Ultimately it is patient care that suffers, as our doctors will retire early, relocate, or change fields. For many, their religious and conscience rights are being violated and they won't be able to practice medicine in Ontario. This is a significant loss for the entire health care system in the province and will have a direct impact on patient care," he said.

Ramona Coelho, a Catholic family doctor in London, Ontario, told The Globe and Mail she is still hopeful a solution can be found that would allow her to avoid formally referring assisted suicide patients, despite the ruling.

"I feel like this decision is going to exclude from mainstream medicine most people of faith," Coelho told The Globe and Mail.

Canada legalized assisted suicide in 2016. Only people who are over the age of 18, have been deemed to be â€˝mentally competent," and have been diagnosed with a terminal physical illness by two doctors or two nurse practitioners are eligible.

At the federal level in Canada, some members of parliament are attempting to pass a law that would protect the conscience rights of doctors.

That legislation would make it illegal to â€˝intimidate a medical practitioner, nurse practitioner, pharmacist or any other health care professional for the purpose of compelling them to take part, directly or indirectly, in the provision of medical assistance in dying."

Last year, assisted suicide accounted for 1.12 percent of all deaths in Canada.

The Archdiocese of Toronto has not yet commented on the ruling, but Cardinal Thomas Collins has pushed for conscience protections for doctors repeatedly in recent years.

â€˝Physicians across our country who have devoted their lives to healing patients will soon be asked to do the exact opposite. They will not be asked to ease their suffering by providing them with treatment and loving care, but by putting them to death," Collins in 2016.

"Once we make people's worthiness to live dependent on how well they function, our society has crossed the boundary into dangerous territory in which people are treated as objects that can be discarded as useless."