A Venezuelan bishop said Sunday that prominent figures in the government of Nicolas Maduro have asked for asylum from the Church in case the regime should fall. 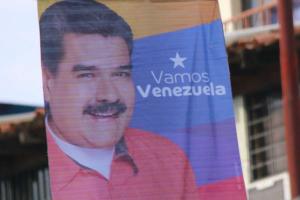 "Some of the principal leaders of the government went to ask the bishops' conference for the right to asylum, if the government fell," Bishop Mario del Valle Moronta Rodriguez of San Cristobal de Venezuela said during a May 5 Mass.

Two days later, it was announced that Manuel Christopher Figuera, a former intelligence chief and a general, had broken ranks with Maduro's government. The US declared May 7 that it had lifted sanctions against Figuera, and would consider doing so for any other defectors.

Bishop Moronta recalled the Church's right to provide refuge for people when their lives are in danger, as happened several years ago when pro-government politicians  "had to hide in many of our churches."

In a statement released Sunday May 5 by local media, Moronta reiterated that "some high ranking leaders went to some bishops. Obviously for logical reasons who they were won't be said, but they went to consult whether in the case that events turned against them they retained the right of asylum that the Church universally recognizes."

"Of course, the Church is open to protecting all those who are attacked, those who require some assistance. On the other hand, the Church is not going to be their lackey. It is not hiding for the sake of hiding, but to protect," the prelate clarified.

Bishop Morontoa also said that the nation's bishops sent a report to Pope Francis on the events in recent days in Venezuela, on the attacks against the Catholic Church throughout the country, and the suffering the people are undergoing.

He expressed his solidary with the people of Our Lady of Fatima parish in San Cristobal, which was attacked by members of the Venezuelan National Guard May 1. Such attacks are possible because of a lack of "the fear of God in those who act like this," he said.

The bishop related that he was recently stopped at a GNB checkpoint where the military police told him that "they felt ashamed of what their fellow soldiers had done at Our Lady of Fatima parish."

Guaido, head of the opposition-controlled legislature, the National Assembly, declared himself interim president in January and has been recognized by a number of Western governments, but has been largely unable to secure the support of Venezuela's military.