Mexican priest: 'From Spain we received ... the true faith'

Fr. Hugo Valdemar, the canon penitentiary of the Archdiocese of Mexico, said Monday that through Spanish missionaries we have received from Spain "the greatest thing we Mexicans have, the true faith." 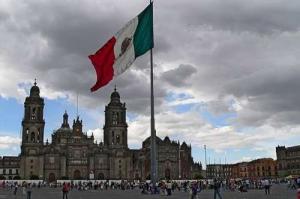 Mexico City, Mexico, (CNA) - Mexican president AndrĂ©s Manuel LĂłpez Obrador wrote last month to Pope Francis and the King of Spain, Felipe VI, asking for an apology for the abuses committed during conquest of Mexico by Spanish Catholics in the 16th century.

Spain dismissed LĂłpez Obrador's request, while the Vatican recalled that Pope Francis, as well as his predecessors, have asked forgiveness for the "many and grave sins" committed during the conquest of the Americas.

In his April 1 column at the Mexican publication Contra RĂ©plica, Fr. Valdemar noted that "we cannot fall into an historical Manecheism without doing ourselves profound harm: that the good ones were the original peoples, almost in the state of original grace, and the bad ones were the Spanish conquistadors who came to destroy great cultures."

"The historic truth is very complex, the truth is that the Spaniards didn't make the conquest but the indigenous did, the peoples subjugated by the Aztec empire, tired of the cruelty and exploitation they were subjected to."

"This resulted in entire peoples such as the Tlaxcaltecas joining the handful of 200 Spaniards, along with other subjugated peoples joining together, to make possible what just the Spanish alone could never had done," he said.

The priest acknowledged that "there is no doubt that there were also excesses in planting the faith, but in reality, the Church and the missionaries were the great protectors of the indigenous peoples."

"Thanks to them, their dignity as persons was recognized, they were freed from slavery, their culture was protected and above all, thanks to the Spanish Catholic Church the greatest gift came to us, faith in Jesus Christ, the sole savior of men, and Our Lady of Guadalupe appeared, the model and star of evangelization, as John Paul II called her."

Fr. Valdemar stressed that "it's of no use to nurse and dwell on the wounds of the past, and the Nobel laureate in literature Octavio Paz has already spoken of the national trauma of not being able to properly integrate our dual origin: indigenous and Spanish."

"From Spain we received through extraordinary missionaries such as Pedro de Gante, Motolinia, Fray Juan de ZumĂˇrraga, and Tata Vasco de Quiroga, the greatest thing we Mexicans have, the true faith, faith in Jesus Christ, and therefore access to eternal salvation, in addition to this very beautiful language we speak, Castilian Spanish, the suppression of the diabolical barbarism of human sacrifices and the darkness of idolatry, access to a superior culture, the occidental, of which we form a part today, and on the other hand we retain many of the values of the indigenous world, hospitality, a strong social sense and a sense of belonging, and the legacy of the monuments they left which today we show with pride to the millions of tourists who visit us."