15 Mexican cities rank among the world's most violent; bishop asks for prayer

The Bishop of Cuernavaca, Mexico has encouraged Catholics to intensify their prayers for peace, after the publication of a report that 15 Mexican cities figure among the most violent in the world. 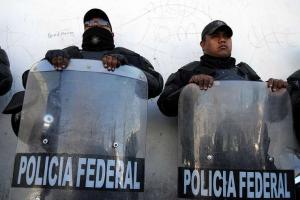 Cuernavaca, Mexico, (CNA) - Mexico's Citizen Council for Public Safety and Criminal Justice prepares each year a list of the 50 most violent cities in the world, on the basis of the number of homicides per 100,000 inhabitants. The March 12 report said that during 2018 the most dangerous global cities were Tijuana and Acapulco.
Victoria, JuĂˇrez and  Irapuato hold fourth, fifth and sixth place. Further down the list are CancĂşn, CuliacĂˇn, Uruapan, ObregĂłn, Coatzacoalcos, Celaya, Ensenada, Tepic, Reynosa and Chihuahua.

Caracas, Venezuela, holds third place. Only eight cities are not in Latin America, among them are St. Louis, Baltimore, Detroit, and New Orleans, ranking 15th, 23rd, 46th and 50th respectively.

In a video message, Bishop RamĂłn Castro Castro said the fact that Mexican cities head the list "makes evident the situation of violence and lack of safety that Mexico is going through."

"What do we do, brothers? I invite you, once more, to continue the prayer vigils for peace, for justice."

The Mexican prelate said that praying for peace "Is worth the effort. In itself prayer does us so much good. During this Lent we invite you to increase it."

"And if we offer that prayer we also feel that we're not idle but that we've done something to change the sad reality we are experiencing."

"Be courageous! It's worth it," he concluded.

This story was originally published by ACI Prensa, CNA's Spanish-language sister agency. It was translated and adapted by CNA.