A bill introduced recently in Quebec would forbid future government employees from expressing their faith through religious symbols during office hours. 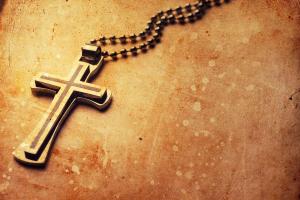 Quebec City, Canada, (CNA) - The bill, called "An act respecting the laicity of the state," was introduced March 28 and is expected to pass.

"The purpose of this bill is to assert the secularity of the state and to specify the requirements that flow from it," said Simon Jolin-Barrette, Quebec's Minister of Immigration, Diversity and Inclusiveness and the architect of the bill, at a legislative session last week.

The legislation would ban religious symbols for government employees, including Muslim headscarves, Jewish yarmulkes, and crucifixes.

It would affect future employees hired into the public sector, including teachers, police officers, and judges. Current government employees in Quebec would be exempt from the ban.

The bill has drawn criticism from political and religious leaders, who have called it an act of discrimination and an affront to religious freedom.

"It is unthinkable to me that in a free society we would legitimize discrimination against citizens based on their religion," Prime Minister Justin Trudeau told journalists.

"We are deeply opposed to the restriction and erosion of the freedom of religion of individuals in the name of secularism," said Rabbi Reuben Poupko, Quebec co-chair of the Centre for Israel and Jewish Affairs.

"The commitment to secularism does not rest on the outward appearance of individuals," he said, according to the Canadian Jewish News.

Quebec has previously sought to assert the secularity of the state and ban religious symbols. The province issued a ban in 2017 on religious full-face coverings, but it is was suspended by a judge last June.

The proposal continues a trend of increased scrutiny for religious symbols, in Canada and internationally, in recent years.

A few weeks ago, Montreal's City Hall announced that a crucifix taken down during renovations would not be returned to its display. City councilor Laurence Lavigne-Lalonde said the religious symbol was no longer relevant.

"The crucifix was installed during an era that was completely different than the one we live in today," Lavigne-Lalonde told the council, according to CTV News Montreal. "We now live in a society that has evolved and is represented by democratic institutions that must be secular, neutral and open to all citizens."

The Archdiocese of Montreal issued a statement in response, saying that the crucifix represents the Christian roots of the country and does not need to be removed in a religiously pluralistic society.

"As a sign revered by Christians, the crucifix remains a living symbol. It symbolizes openness and respect toward all peoples, including toward other faith communities and religious traditions, which rightfully adhere to their own signs and symbols," said Archbishop Christian LĂ©pine.

Europe has also seen debate over religious symbols in recent years. In 2017, the Court of Justice of the European Union upheld a ban on religious symbols in the work place. The court ruled that it is not directly discriminatory for a workplace to ban "any political, philosophical or religious sign" if the ban is based on internal company rules requiring neutral dress.

A ban on teachers wearing religious headscarves was ruled unconstitutional in a German court in 2015. In Austria and the German state of Bavaria, full-face veils are banned in public. France banned religious symbols and veils in schools in 2004.

In 2013, four Christian British Airways employees won a legal case in the European Court of Human Rights, which ruled their employer engaged in illegal discrimination for telling them they could not wear their crosses.