Amid continuing legal pressure against Catholic institutions in Canada, the Calgary Catholic School District faces a lawsuit from a former principal who has said she was pushed out due to discrimination on religious, marital, and anti-LGBT grounds. 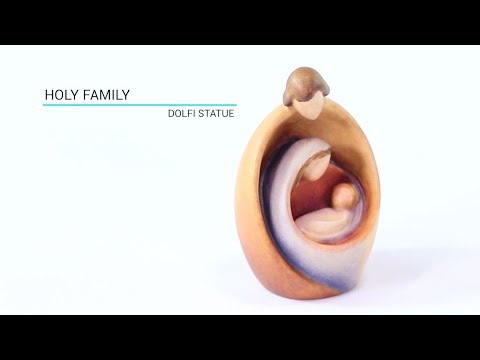 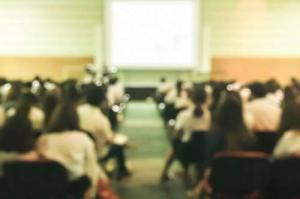 Calgary, Canada, (CNA/EWTN News) - School officials said they are committed to providing "welcoming, caring, respectful and safe learning environments for all," but did not comment on the complaints due to privacy concerns.

"Our school, and student groups within our school, address a number of diversity and justice issues " including issues associated with sexual orientation and gender identity," Tania Van Brunt, a school district spokesperson, told the Canadian news station CTV Calgary.

"We do so in a comprehensive manner that involves the entire school community," she continued. "We have many student groups that support safe and caring environments through their activities and demonstrate an understanding and respect for the sanctity of human life and respect for the human person which includes, but not limited to, ethnic and racial backgrounds, abilities or disabilities, sexual orientation, gender identity, etc."

Like the public schools, the Calgary Catholic School District is funded by the Alberta government. It follows Alberta requirements, with bishops responsible for monitoring the schools' Catholic identity.While the public schools were traditionally Protestant, they have secularized in recent generations.

Barb Hamilton, a longtime teacher and vice-principal in the school district, served as principal from 2015-2017 at St. Joseph Elementary Junior High School.

She has filed two human rights complaints charging that the school district refused her employment on the grounds of marital status, religious beliefs, and sexual orientation.

"Their perspective is I resigned and my perspective is I wasn't given a choice," Hamilton said. She has charged that staff in Catholic schools suffer from a sense of fear and there is an unspoken "don't ask, don't tell" approach.

The school district's employment contract of 2017, titled "A Catholic Leader's Covenant," includes objectives such as to know, serve and love God.

"Our evaluations, our leadership quality standards, is an element of Catholicism and faith, and that's who we are," Van Brunt told CTV. "In all of our contracts are professional growth plans."

The expectations include weekly Sunday Mass attendance and "following and modelling to others, both in and out of school, a lifestyle and deportment in harmony with the practices and beliefs of the Catholic Church."

After Hamilton left St. Joseph she returned to teaching but is now on leave from her position.

While she was principal, she filed an affidavit saying she was aware of 10 students in grades 8 and 9 at the school believed to self-identify as LGBTQ and had intentionally hurt themselves. Hamilton said this self-harm was believed to be a response to anti-LGBTQ insults or to family members who had said "they would go to hell if they were gay."

She has said she didn't see any changes from the school board after she sought help. She wanted to go public to help others facing similar situations, saying, "I don't think silence contributes constructive solutions to the problem."

Macewan University professor Kris Wells said the Catholic schools' contract is "so vague, almost as vague as to be meaningless without specific examples."

"It's a form of discrimination if you're not applying this covenant equitably to everyone who violates it," she said.

David Eggen, Minister of Education for Alberta, has not read the contract but said knows that such contracts do exist in the province, CTV reports. Faith-based schools are governed by the government's mandatory curriculum and the School Act. If schools are compliant with that they are doing their job, he said.

However, in January 2016 Eggen announced new mandatory policies for all schools in the province requiring them to recognize a student's right to self-identify their gender and gender expression. Schools must establishment Gay-Straight Alliances at any school where a student requests one, and school supervisory employees were advised to "anticipate, support and value staff diversity, including diverse sexual orientations, gender identities and gender expressions."

The policy barring schools from informing parents if their child joins such a club presently faces a court challenge.

Bishop Frederick Henry of Calgary, who retired in 2017, gave a critical reaction to the policies at the time of their release. He said they violated legal precedents such as a 2015 Supreme Court ruling that protected the rights of a Catholic school in Quebec to teach from a Catholic viewpoint.

The court ruling said that "to tell a Catholic school how to explain its faith undermines the liberty of the members of its community who have chosen to give effect to the collective dimension of their religious beliefs by participating in a denominational school."

"(I)t amounts to requiring a Catholic institution to speak about Catholicism in terms defined by the state rather than by its own understanding of Catholicism," the court continued in a decision that protected parents' rights to transmit the Catholic faith to their children and to guide their religious upbringing.

Catholic or other Christian institutions have faced increasing legal and political pressures in Canada.

At Trinity Western University in British Columbia, foes of a conduct code took it to Canada's Supreme Court, arguing its demand that students promise to abstain from sex or face expulsion. The court ruled that the conduct code was degrading. It is now optional to sign.

In June 2018 the Supreme Court ruled that law societies in the country could deny licensing to a proposed Christian law school at Trinity Western University because the school adheres to Biblical teaching on sexuality.

Requirements added to Canada's summer jobs program earlier this year required participating organizations to support the government's pro-abortion rights view and other views on controversial matters in order to receive public funding. While those requirements appeared to be dropped in new rules issued Dec. 7, these still drew criticism from various Christian and pro-life groups who worried they were too vague and could still create problems and exclude groups that previous rules did not.

Last year, a Saskatchewan judge ruled that Catholic schools in that province will not receive taxpayer funding for non-Catholic students, claiming that to do so would violate the Charter of Rights and Freedoms, the state's duty of religious neutrality and equality rights. In June that decision was put on hold pending appeal.