As unrest centered on protests of president Daniel Ortega continues unabated in Nicaragua, bishops in the country are calling for unity and peace. 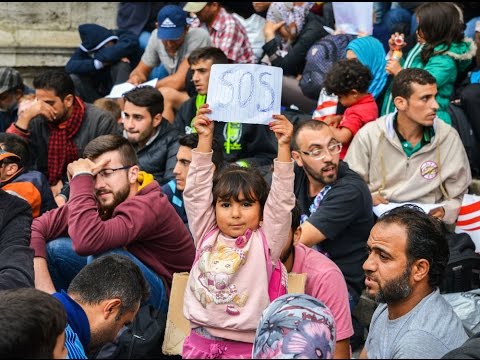 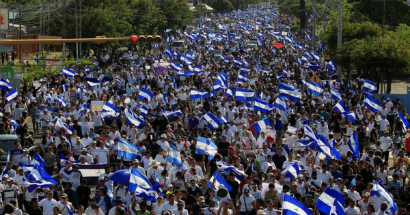 Managua, Nicaragua (ACI Prensa) - The Inter-American Commission on Human Rights says that at least 127 people have been killed in the protests. Demonstrators have called for freedom of expression, an end to violent repression, and for Ortega to step down from office.

Bishop Silvio Jose Baez Ortega, Auxiliary Bishop of Managua, called June 11 for a free Nicaragua "without tyrants, or victims, like a great house in which all of us live joyfully, without tears or blood, in liberty and social justice."

Protests began April 18 after Ortega announced social security and pension reforms. The changes were soon abandoned in the face of widespread, vocal opposition, but protests only intensified after more than 40 protestors were killed by security forces initially.

The Church in Nicaragua was quick to acknowledge the protestors' complaints, and mediated a short-lived dialogue between the government and protestors.

Barricades and roadblocks are now found throughout the country, and clashes frequently turn lethal.

Bishop Rolando Jose Alvarez Lagos of Matagalpa exhorted Nicaraguans during his June 10 homily to join "the immense majority" of the population which is asking for an urgent change in the country since "Nicaragua can no longer tolerate this."

"The people of God must beware the lies that try to divide," Bishop Alvarez said. "This is the hour for unity in Nicaragua."

Fr. Vicente Martinez BermĂşdez, a priest of the Diocese of Matagalpa, has reported that over the weekend he was detained by a group of 20 hooded men and threatened with death. Another prirest of the Matagalpa diocese was wounded by shrapnel May 15 while trying to separate protestors and security forces, the AP reported.

In Jinotega, Bishop Carlos Enrique Herrera Gutierrez brought the body of a 17-year-old protestor home to his mother June 9.

Bishop Herrera said that he was asked by the national police to intercede during protests the prior evening so that people who were manning barricades would not continue to advance, "and remain peaceful."

The bishop spoke to the protestors, and "when I left I had reached an agreement that the demonstrators at the barricades would advance no further," he stated.

But minutes later "they reported to me giving evidence that paramilitary groups controlled by the city government, coming from outside the city, attacked those at the barricades, who remained  peaceful until they were attacked," Bishop Herrera said.

"In addition the townspeople insisted the riot police opened fire on the civilians who were at the barricades," he reported.

He spoke to the mayor of Jinotega and the head of the national police, who "denied their involvement in the repressive actions."

"I was left with no other choice but to personally go out (accompanied by some priests and faithful) at 11 o'clock at night to care for the injured and to transport the body of young Abraham Antonio Castro Jarquin, who sadly died as a result of these confrontations," he stated.

Bishop Herrera urged demonstrators to "show tolerance and act with respect," and asked the municipal authorities "not to use violence" because "you will bring on more mourning and an uncontrollable spiral of violence which we will all regret."

Bishop Herrara asked the faithful to continue to pray for peace, "keep up your petitions and practice mercy with all the needy, especially in emergency situations. We area all responsible to provide assistance in times of crisis, to give a better response to this crisis."

"I hope that we will all contribute to build peace and stability in our city, where we may have  guarantees to freely express our opinions," he said.

Nicaragua's bishops met with Ortega June 7 to discuss the country's crisis and possible resumption of the suspended national dialogue. The dialogue among the Ortegas, business owners, students, and farmers began May 16 and collapsed May 23.

They issued a statement afterwards conveying to him "the pain and anguish of the people in face of the violence suffered in recent weeks" and to give him "a proposal that brings together the sentiments of many sectors of Nicaraguan society and expresses the strong desire of the vast majority of the population."

The prelates stated that when the president "has formally responded, we will convene the full session  of the national dialogue to assess that response and therefore the feasibility of continuing with the same national dialogue."

The dialogue cannot be resume while Nicaraguans continue to be denied the right to demonstrate freely and are "repressed and assassinated", the bishops stated.

Cardinal Leopoldo Jose Brenes Solorzano of Managua called on Catholics to pray the rosary daily for peace in the country.

The Nicaraguan government has suggested that protestors are killing their own supporters so as to destabilize Ortega's administration.

He was a leader in the Sandinista National Liberation Front, which had ousted the Somoza dictatorship in 1979 and fought US-backed right-wing counterrevolutionaries during the 1980s. Ortega was also leader of Nicaragua from 1979 to 1990.