The tremor lasted less than a minute. Dr. Jude Banatte's car was shaking, and then it was not. 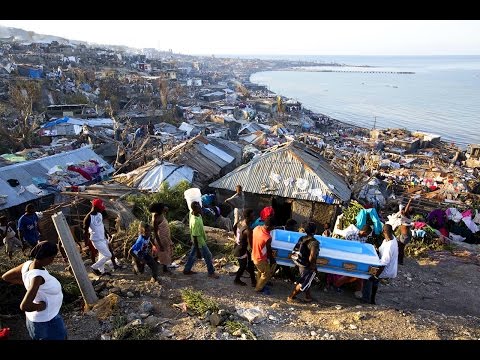 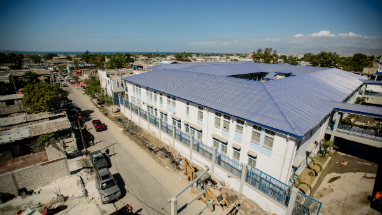 Port-au-Prince, Haiti (CNA/EWTN News) - Banatte assumed he was driving too fast as he made his way home from the Haitian capital of Port-au-Prince that day in January 2010. He slowed down.

But while the tremor Banatte experienced 30 minutes outside of Port-au-Prince was barely enough to shake a car, the earthquake at its epicenter had wrought large-scale devastation and would soon bring Banatte to the project that would have a hand in redefining healthcare aid in Haiti.

Before the 7.0 magnitude earthquake, St. Francis de Sales Hospital was a mainstay outreach of the Catholic Church in Haiti. The nearly 100-bed facility, run by the archdiocese, was established in 1881 in the heart of downtown Port-au-Prince. The hospital served a population of about 3.3 million; including the city's poorest and most vulnerable populations.

About 70 percent of St. Francis de Sales was destroyed in the earthquake, including the hospital's maternity and pediatric wards. Dozens of its patients and staff were killed, along with the archbishop of Port-au-Prince, who was a member of the hospital's board of directors.

"We...realized that the hospital was pretty much destroyed," said Banatte, who was the program manager for Catholic Relief Services in Haiti and was one of the first responders after the 2010 earthquake, which damaged or leveled thousands of buildings in Port-au-Prince and killed an estimated 230,000 people.

"We had to make a decision, because a lot of people came to that site looking for assistance, for medical care," he told CNA. "Where were we going to send them?"

The hospital's medical director initially believed closing was the only option. The infrastructure was no longer there to meet the needs of the community. But the hospital decided to stay open after a team of Flemish doctors arrived, looking for ways to help.

Banatte and his team used the hospital's remaining generator to reconnect power to the field hospital. They found plumbers to help re-establish running water. A team of firefighters dug a path through the remnants of the hospital, and Banatte crawled through this path to retrieve critical medical supplies.

"I would go into that space and find my way through the walls - under the rubble - bringing back what I thought was useful depending on the cases I saw outside in the parking lot," Banatte said.

A trained physician, Banatte was able to recognize the equipment medical volunteers in the field hospital would need. He went into the rubble and emerged with material for sterilization, profusions, materials from the blood bank.

Within two days of the earthquake, the hospital's courtyard and parking lot had been transformed into a makeshift field hospital complete with triage, operation rooms with plastic ceilings, and a post-operation ward. The goal was to provide immediate, emergency medical assistance to victims of the earthquake, including open-air surgeries to save limbs.

On the first day, they served 50 patients.

As the number of patients rose, so did the number of volunteers and services. A trauma team from the University of Maryland-Baltimore arrived to the site within weeks of the earthquake and set up tents over the field hospital. The team of volunteers then performed more than 1,000 surgeries.

By summer, the Church moved the field hospital to another site, leveled what remained of the historic St. Francis de Sales Hospital and began discussions of rebuilding. It soon became clear that if they were going to rebuild, they would have to be smart about it.

"Healthcare in Haiti is notoriously not good," said Robyn Fieser, communications officer for CRS in Latin America and the Caribbean.

"I think people started talking pretty quickly about the need - if you're gonna build this back, and build it back well - the need for long-term training and support for the future doctors and nurses."

Then there was the question of CRS' involvement. The organization has served in Haiti since 1954. The nation was one of its biggest programs, with education and literary initiatives, agriculture and several health and nutrition initiatives.But emergency relief had always been at the core of CRS' business, not hospitals and healthcare.

"We were really skeptical," Banatte said. "There were a lot of emotions. But we also thought it was the best way to honor the memory of the archbishop and to help the Church get back on its feet."

By the end of the year, CRS committed to managing the $22 million reconstruction project; in partnership with the local archdiocese, the Catholic Health Association and the Dominican Republic-based nonprofit Sur Futura Foundation.

It was clear that if they were going to rebuild the hospital, they would have to rebuild it to last.

"What will set it up to run for the next 50 years without having to depend on constant support and subsidy from the outside?" Banatte said.

Banatte and his team did extensive research into soil assessment and earthquake standards. They met with Partners in Health, which was constructing a similar 300-bed facility, to get recommendations for contractors.

They also began an economic feasibility study, which Banatte said was key to the success of the hospital.

"The Church used to have this hospital providing charity care in the most needed areas of Port-au-Prince," Banatte said. "The Church wanted to be back in a position to be able to do so, but not to be running out of bankruptcy."

"As we are rebuilding the walls, we also have to rebuild the mentality, the way the Church would conceive the delivery of high-quality care in a charitable way. The construction followed that business model."

They developed a system of public and private care to ensure private care - which makes up about 25% of the hospital today - would subsidize free care. The hospital also has its own oxygen plant and it sells tanks of oxygen as a revenue stream.

Another key component was training for the medical staff. Banatte and his team hired a new medical director, whom they sent to the U.S. to observe the operation of other hospitals. The new medical director also met with suppliers to ensure St. Francis de Sales would receive the correct supplies in the future.

St. Francis de Sales Hospital officially reopened in January of 2015, with a blessing ceremony attended by CRS' then-CEO, Carolyn Woo, and the then-president of the U.S. Conference of Catholic Bishops, Archbishop Joseph Kurtz.

The hospital has almost twice the original number of beds. It has its own emergency room and its staff uses electronic medical records. The hospital continues to open new departments, including physical therapy units, to serve Port-au-Prince's most vulnerable populations.

Once construction was completed, CRS handed St. Francis de Sales back to the Archdiocese of Port-au-Prince. The hospital is still independently operated by the archdiocese and all doctors and nurses are locals.

CRS' country representative in Haiti, Chris Bessey, said the St. Francis de Sales project was unique to CRS, but it was a natural outgrowth of the organization's focus on providing healthcare to vulnerable populations.

"It was the only time CRS led a $22 million project in one place that would last the next 50 years," Banatte said.

For Banatte, the hospital's reopening was a dream come true.

"It was a blessing that I was able to be there from 'Day 1' to that point," Banatte said. "It was also living proof that together, we are stronger. And together, we can achieve many things out of our differences."

This article is Part 1 of a series commemorating Catholic Relief Services' 75th anniversary.