Facing violence, poverty and corruption, Mexico should be consecrated to the Immaculate Heart of Mary, said Archbishop Emeritus Juan Sandoval ĂŤĂ±iguez of Guadalajara. 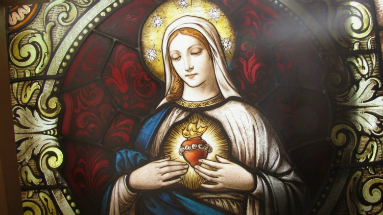 Guadalajara, Mexico (ACI Prensa) - "In face of the tribulations our country is currently going through, and the need we have for a good government, a suggestion occurs to me: that our bishops of Mexico consecrate the country on May 13, the date of the first apparition of Our Lady of Fatima, to the Heart of Jesus and the Immaculate Heart of Mary; and that each bishop do the same in his own diocese," he said in a recent video released by El Universal.

He recalled that the Virgin Mary had requested the consecration of Russia to her Immaculate Heart, in her apparitions to the shepherd children at Fatima.

"A few years later, without violence, without the shedding of blood, the Berlin Wall and the Iron Curtain fell that divided Europe. The Blessed Virgin of Fatima foresaw future times and told us that the remedy was prayer and to make Christ reign in the world and in society along with her Immaculate Heart," the cardinal said.

Saint John Paul II sent a letter in December 1983 to the world's bishops, including the Orthodox bishops, in which he expressed his intention to consecrate Russia to the Heart of Mary.

At that time, Russia was part of the Soviet Union, which had imposed communism on a number of countries especially in Eastern Europe, and a great number of Christians were martyred.

On March 25, 1984, the Feast of the Annunciation, in communion with all the bishops of the world, Pope John Paul II consecrated Russia, along with all of humanity, to the Immaculate Heart of Mary.

Sister Lucia, one of the three Fatima visionaries, affirmed that his consecration "has been done as Our Lady had requested."

In 1989 the Berlin Wall fell. Over the next two years, the USSR collapsed. On Dec. 8, 1991 -- the Feast of the Immaculate Conception --  Soviet leaders declared that the Soviet Union was to be dismantled and replaced by the Commonwealth of Independent States.

Reflecting on this, Cardinal Sandoval said, "it seems to me that this suggestion is pertinent; hopefully our bishops can carefully consider it, because in this time of tribulation, the voice of our bishops in guiding the people is needed. They are the religious leaders of Mexico, and the people, the people of God, hope for a word from us bishops."

He emphasized that in consecrating Mexico to the Heart of Jesus and the Immaculate Heart of Mary, "we will be doing a service to our homeland, and I believe that God will take that into account for us."