Pope Francis concluded his visit to Cuba by delivering a masterful speech calling for a new revolution in the socialist country. He delivered his speech just before departing on Tuesday. Though steeped in religious tones, the call to action is courageous and clear. 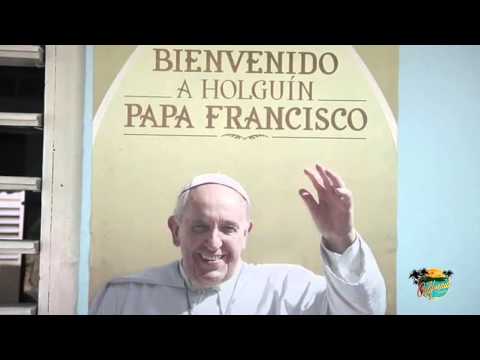 LOS ANGELES, CA (Catholic Online) - Pope Francis has previously criticized the Cuban government for restricting the activities of the Church, a talking point that many speculated he might not address during this visit. With affinity high between himself and Raul Castro, Pope Francis may have felt it unwise to take a confrontational stance on the issue with Castro.

Observers speculate that more freedom for the Church could come about organically as Raul Castro, who vowed to attend all of the Papal masses, warms to Pope Francis and his message. More importantly, his final message contains the seeds of another revolution, although one needs to pay close attention to receive the coded message.

During his final comments to the Cuban people on Tuesday, Pope Francis called on the people to take more responsibility for their own fate, and admonished them not to rely so much on the socialist regime.

Pope Francis referred to the change as a "revolution of tenderness."

"We are asked to live the revolution of tenderness," Pope Francis explained. "Our revolution comes about through tenderness, through the joy which always becomes closeness and compassion, and leads us to get involved in, and to serve, the life of others."

"The soul of the Cuban people . . . was forged amid suffering and privation which could not suppress the faith," he said. "Grandmothers, mothers, and so many others . . . kept open a tiny space, small as a mustard seed."

Pope Francis' appearances were strategically planned to position him next to or near places associated with the Cuban revolution. Mass was held in a square that is overlooked by a massive outline of Che Guevara. His final comments were delivered near the birthplace of the revolution outside of Santiago.

By appealing to the people, in the language of revolution, Pope Francis is calling on them to become the voice of the Church. Instead of waiting for the government to allow the Church to operate freely, Pope Francis, in a very diplomatic and clever speech, has asked the people to rebuild the Church themselves.

The comments, if delivered in a more overt fashion could have caused tension between himself and the Castro regime because what Pope Francis was really doing was inciting Cubans to rebel against their government for the Church.

While the call to revolution is not a call to arms, or to overthrow the government, it is a call for people to rebel against restrictions against the Church using the weapons of love and tenderness. If Christians show themselves as harmless and charitable, which will make them popular, then the government will have little choice but to allow the Church more freedom. With that freedom, the Church can pioneer a new era of freedom for the Cuban people, and no blood has to be shed.

Pope Francis' call to action is a masterstroke of genius. He went around Castro and appealed directly to the people, in the very birthplace of the first Cuban revolution.

If Pope Francis has the genius and audacity to do this in Cuba, what might he do in Washington?