Another Catholic priest in Nigeria has been kidnapped by gunmen, according to local media reports. 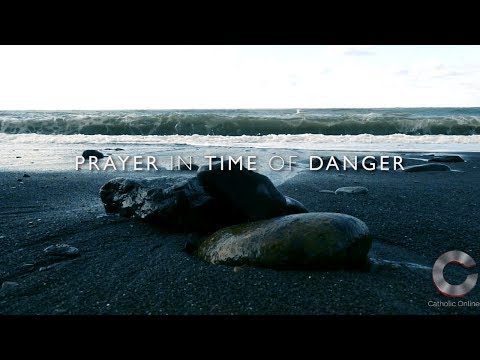 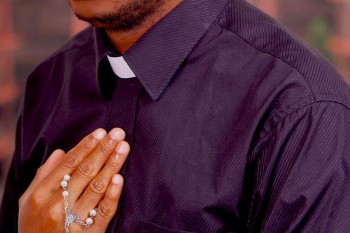 Vatican City, (CNA) - Another Catholic priest in Nigeria has been kidnapped by gunmen, according to local media reports.

The priest, who works at the minor seminary in Ochobo, had been doing missionary outreach, the Diocese of Otukpo told the Tribune.

The kidnapping is the latest in a series of abductions and killings in Nigeria which have involved Catholics and other Christians; clergy, seminarians, and lay people.

Archbishop Ignatius Kaigama of Abuja called on Nigerian President Muhammadu Buhari to address the violence and kidnappings in his homily March 1 at a Mass with the Catholic Bishops' Conference of Nigeria.

"We need to have access to our leaders; president, vice president. We need to work together to eradicate poverty, killings, bad governance and all sorts of challenges facing us as a nation," Kaigama said according to Naija News.

In February, another priest was kidnapped by gunmen in the state of Edo in the southwest region of the country.

Seminarian Michael Nnadi, 18, was killed in late January, weeks after he and three other seminarians were abducted from their seminary in Nigeria. The seminarians kidnapped with Nnadi have been released, but one is facing life-threatening injuries.

Boko Haram, an Islamist militant group that has sworn allegiance to the Islamic State, has been active in Nigeria for years. While the group has attacked both Muslims and Christians in the past, recent attacks have focused on the killing and kidnapping of Christians.

Archbishop Augustine Obiora Akubeze of Benin City said Andima was killed "simply because he was a Christian."

"This is the time to turn to God to save us and our dear country, Nigeria. We are told that once there is life there is hope," Kaigama said. "We refuse to give in to pessimism. We are resilient, that's why we are Nigerians."

On Feb. 27, U.S Ambassador at Large for Religious Freedom Sam Brownback told CNA that the situation in Nigeria was deteriorating.

"There's a lot of people getting killed in Nigeria, and we're afraid it is going to spread a great deal in that region," he told CNA. "It is one that's really popped up on my radar screens in the last couple of years, but particularly this past year."

"I think we've got to prod the [Nigerian President Muhammadu] Buhari government more. They can do more," he said. "They're not bringing these people to justice that are killing religious adherents. They don't seem to have the sense of urgency to act."

On Ash Wednesday, last week, Catholics in the country were invited to wear black to highlight the ongoing violence against Chrisitans.

In a letter read in all the country's parishes on Feb. 26, Archbishop Augustine Obiora Akubeze of Benin City, head of the country's bishops' conference, said that the black clothing would be a show of solidarity with victims of violent crime, as well as a display of mourning for victims of religious violence.

Also last week, the secretary general of the Catholic Secretariat of Nigeria issued a request for Catholics around the world to pray for peace in Nigeria and security for the nation's Christians.

"I have been directed by the administrative board of the Catholic Bishops Conference of Nigeria (CBCN) to communicate to you that in the face of the current security situation, the Church needs to speak out in word and action against the level of insecurity in the country," said Fr. Zacharia Nyantiso Samjumi on Feb. 25 to Nigerian press.

Samjumi said that the majority of Nigerians throughout the country live in a constant state of fear, and there is a ever-present state of insecurity. In Nigeria, Christians are subjected to "repeated barbaric executions" and "incessant cases of kidnapping for ransom" by the Islamist group Boko Haram, and other terrorist organizations.

The violence has "traumatized many citizens," he said.