The bishops of Nigeria have told the nation's Catholics to wear black on Ash Wednesday to protest the ongoing persecution of Christians in the country. 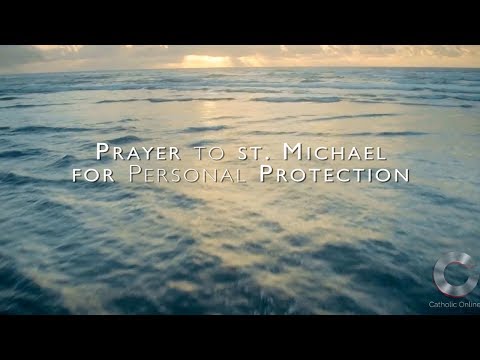 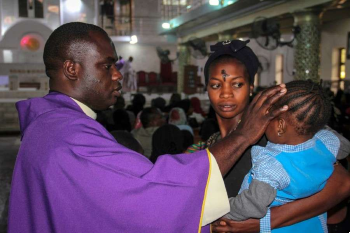 A priest signs the forehead of a child as Catholics take part in the Ash Wednesday celebration at St. Patrick cathedral in Maiduguri Nigeria Feb. 26 2020

Benin City, Nigeria, (CNA) - The bishops of Nigeria have told the nation's Catholics to wear black on Ash Wednesday to protest the ongoing persecution of Christians in the country.

In a letter read in all the country's parishes on Feb. 26, Archbishop Augustine Obiora Akubeze of Benin City, said that the black clothing would be a show of solidarity with victims of violent crime, as well as a display of mourning for the murder of seminarian Michael Nnadi. Akubeze is the president of the Catholic Bishops Conference of Nigeria (CBCN).

Nnadi, was killed in late January, weeks after he and three other seminarians were abducted from their seminary. The seminarians kidnapped with Nnadi were released, one with life-threatening injuries.

Akubeze has previously said Andima was killed "simply because he was a Christian."

In the Ash Wednesday letter, the archbishop called for Catholics to join in a "Day of Prayer Procession" across the country against "the repeated barbaric executions of Christians by the Boko Haram insurgents and the incessant cases of kidnapping for ransom linked to the same group."

The secretary general of the Catholic Secretariat of Nigeria, the administrative headquarters of the CBCN, also issued a request for Catholics around the world to pray for peace in Nigeria and security for the nation's Christians.

"I have been directed by the administrative board of the Catholic Bishops Conference of Nigeria (CBCN) to communicate to you that in the face of the current security situation, the Church needs to speak out in word and action against the level of insecurity in the country," said Fr. Zacharia Nyantiso Samjumi on Tuesday to Nigerian press.

Samjumi also announced that Sunday evening Masses on March 1 would be cancelled. Instead of Mass that evening, churches will hold "peaceful prayer protests against the incessant killings and insecurity in our country."

Despite the sadness and grief amongst Nigerian Catholics, Samjumi said that they are "confident that the light of Christ, which shines in our hearts, will brighten the dark corners of our Nigerian society."

Samjumi said that the majority of Nigerians throughout the country live in a constant state of fear, and there is a ever-present state of insecurity. In Nigeria, Christians are subjected to "repeated barbaric executions" and "incessant cases of kidnapping for ransom" by the Islamist group Boko Haram, and other terrorist organizations.

The violence has "traumatized many citizens," he said.

In a Feb. 7 interview with Aid to the Church in Need, Archbishop Akubeze warned that the situation was deteriorating.

"How can he be surprised at this time? After some of us have attended mass burials of Christians killed by Boko Haram?" he asked.

"The government is certainly not doing enough to protect both Christians and Muslims."

Boko Haram, an Islamist militant group that has sworn allegiance to the Islamic State, has been active in Nigeria for years. While the group has attacked both Muslims and Christians in the past, the archbishop said that recent attacks have focused on the killing and kidnapping of Christians.

Akubeze said that the situation is dire and getting worse.

"One area that I think the Western nations and the media can be of great help is to cover the stories of these atrocities in Nigeria," Akubeze said.