Burkina Faso bishop: As violence continues, 'nobody is listening'

Following the death of more than a dozen Christians in a church shooting over the weekend, a Burkina Faso bishop said Western governments have a responsibility to stop the flow of weapons to militants in the region. 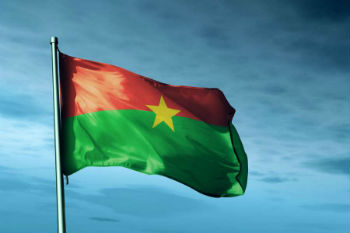 Ouahigouya, Burkina Faso, (CNA) - Following the death of more than a dozen Christians in a church shooting over the weekend, a Burkina Faso bishop said Western governments have a responsibility to stop the flow of weapons to militants in the region.

"The Western powers should stop those who are committing these crimes, instead of selling them the weapons that they are using to kill the Christians," Bishop Justin Kientega of Ouahigouya told Aid to the Church in Need.

"I condemn the barbaric attack against the Protestant Church of Hantoukoura in the department of Foutouri, which left 14 dead and several wounded. I offer my deepest condolences to the bereaved families and wish a speedy recovery to the wounded," President Roch Marc Kabore tweeted late Sunday.

Bishop Kientega said the attack is part of an attempt by radical Islamists to "provoke a conflict between the religions in a country where Christians and Muslims have always lived peaceably side by side."

According to the Washington Post, militants with connections to al-Qaeda and ISIS regularly attack soldiers and civilians in the region.

Escalating violence among armed militant groups in Burkina Faso has drawn international concern, with the United Nations warning earlier this year of an "unprecedented humanitarian emergency" in the country. Nearly half a million people have been forced to flee their homes in the last five years. More than 60 Christians have been murdered in the country this year, Aid to the Church in Need reports.

Kientega argued that the Western world has been ignoring the plight of Christians in West Africa. He suggested some Western powers "have an interest in seeing the violence continue" in the region.

"There is an ongoing persecution of Christians. For months, we bishops have been denouncing what is happening in Burkina Faso, but nobody is listening to us," he told Aid to the Church in Need. "Evidently, the West are more concerned with protecting their own interests."