Despite efforts by abortion advocates to expand the number of abortion clinics in South Africa, doctors in the country are largely unwilling to perform the procedure. 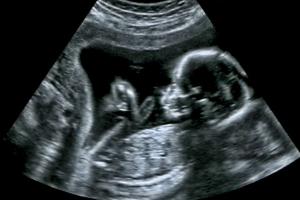 Kgaladi Mphahlele, manager of Doctors Without Borders' Choice of Termination of Pregnancy in Rustenburg, said it is hard to find clinics willing to perform abortions or doctors willing to give referrals.

Mphahlele said access to abortion clinics is necessary to prevent women from seeking unsafe abortion methods, according to Health-E News.

Guttmacher-Lancet Commission in Johannesburg issued a report last year finding that out of the 8000 medical clinics in South Africa, about 7% performed abortions, Health-E News reported.

Judiac Ranape, a nurse who trains doctors on abortions, argued that conscientious objection is a problem.

"You'll find an operations manager who says, ďż˝~We won't perform it [an abortion] because it's against my religious beliefs'," Ranape said, calling for restrictions on conscientious objection.

However, surveys show that the general population in the country is strongly opposed to abortion.

The South African Social Attitudes Survey, conducted 2003-2006, found that 9 of out 10 adults in South Africa believed abortion to be wrong in times of financial dilemma, and three-quarters said abortion was still immoral if the child was to be born with a disability.

Church leaders have called for efforts to provide women facing difficult pregnancies with alternatives to abortion. Catholic Mater Homes, a pro-life group in the Archdiocese of Cape Town, is one such organization. It works to provide shelter for women during a crisis pregnancy.

"The establishment of Mater Domini was was born out of the need that existed within Archdiocese of Cape Town to create an alternative to abortion for women who might have felt forced into making such a decision out of desperation," the organization's Facebook page reads.

"When we talk about the nameless, faceless and voiceless victims of abortion, we have to include the mothers, who so often find themselves in helpless circumstances, with little other alternative but to make the difficult choice to end the life of their unborn child."