Lions have killed and devoured three poachers in the Sibuya Game Reserve in South Africa. The poachers were believed to be in search of rhino horns. 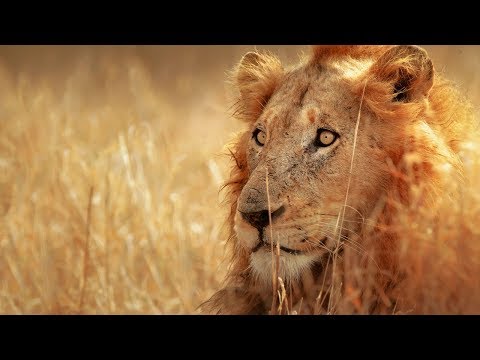 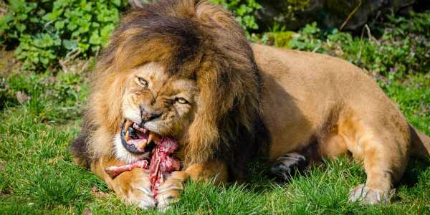 Lions will stalk and eat people if given the chance. To them, we are prey animals.

LOS ANGELES, CA (California Network) - A pride of hungry lions set upon poachers who snuck into the Sibuya Game Reserve in South Africa. The pride devoured at least three of the hunters according to park staff who recovered remains across the park.

In addition to the remains, park staff say they recovered high-powered hunting rifles with scopes and silencers. The hunters also came equipped with axes to hack off the horns of the rhinos they killed.

Poachers can earn large sums of money for rhino horns, which are used in folk medicine across Asia.  Because the payoff is so great, many people risk their lives, and risk arrest, to poach wildlife. Rhinos are especially prized.

Poachers also hunt elephants and other animals that are rare or in demand. Due to the fact that most wild animals are extinct or nearly so, poachers routinely sneak into preserves, to hunt animals. Even zoos aren't safe.

However, in this case, a pride of hungry lions caught the poachers and likely stalked them as a group for a meal. Park officials say it is common for lions to act as protectors in the preserve.

Lions are powerful predators, much larger and stronger than people, they have a keen sense of smell, good eyesight, and they can move very fast when they must. Their paws are large and tipped with sharp claws, and their jaw is powerful enough to crush bones. Lions will hunt humans if they can. In 2015, when a tourist on a safari rolled down the window to her car, a lioness snuck close and pounced through the window, killing the woman before park staff could chase it away.

There is little love for poachers, but no reasonable person would advocate death for their felonies. Still, there is something fair about lions taking armed poachers in the wild. The hunters were certainly aware of the risk and lacked vigilance, and thereby became the hunted. There is a sense of justice and fairness in their death, even if we would prefer for them to be captured and put on trial.

Nature is a harsh judge, indifferent to our concerns; we trifle with God's Creation at our own risk.