An Ebola outbreak has reached a major city, should you be worried?

Free World Class Education
FREE Catholic Classes
Outbreak is alarming, but officials are confident it can be stopped.

The World Health Organization is on alert following the outbreak of Ebola from a village in the Democratic Republic of Congo. The disease has escaped isolation in a remote village and spread to a city of 1.2 million people. Officials are now working to stop its spread and are deploying an experimental vaccine. 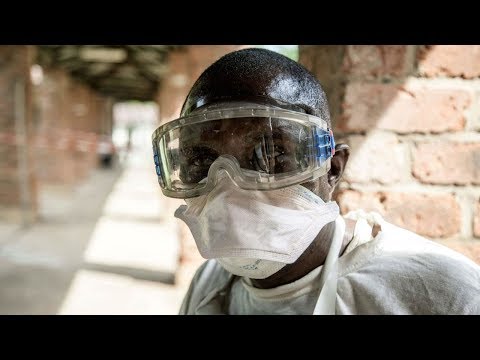 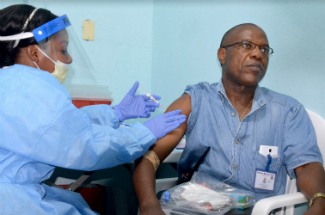 An experimental vaccine is being deployed to stop the spread of the disease.

LOS ANGELES, CA (California Network) - Ebola is spreading in the Democratic Republic of Congo, and could spread to areas adjacent to the outbreak. There is a remote possibility that it could spread to other countries in Africa and Europe, but officials are on alert. An experimental vaccine is being deployed to fight the disease.

The latest Ebola outbreak was reported in a remote area near a village on May 8 by Congo's Health Ministry. The village is sufficiently remote that it requires several hours of travel by motorbike to arrive. Given this fact, containment should have been easy, but the disease was not contained. Instead at least one infected person likely traveled to the city of Mbandaka on the Congo River. The city is a major inland port with 1.2 million souls.

Since then several infections have been reported in the city. The law requires infected people to be quarantined in the hospital, even against their will. However, the policy is unenforceable and between Sunday and Tuesday, three patients fled the hospital. Police were contacted to help track down the patients. One was considered well and was about to be discharged anyway. One of the sick patients died at home with family who returned his body for safe burial. The other was returned to the hospital where he died during the night.

It remains to be seen if either of the sick patients has infected others, but given the nature of the disease, it is very possible.

Ebola is a virus related to rabies. It can only spread through contact with the bodily fluids of the sick. Standard precautions such as surgical masks and gloves provide substantial protection against the disease. However, local customs, as well as superstition and mistrust, keeps people away from the hospital and from changing their behavior. For example, the bodies of the dead are often handled by family members during burial, which can spread the infection.

Health officials are working to inform and educate the public, but it is a difficult task.

If a person comes into contact with a patient's bodily fluids, then infection is likely. Ebola can kill between half to ninety percent of its victims.

The disease can take up to 21 days to manifest symptoms, but once it appears it kills quickly, usually within a week or less. At first, it attacks the body's immune system, destroying the body's ability to fight infection. Then, it goes on to invade every organ in the body, shredding cells causing internal bleeding and liquefication. It especially attacks collagen, which keeps the body's organs in place. Victims first feel sick, as though they have the flu. They lose appetite and become sore. They then become increasingly debilitated, usually within hours. As collagen under the skin liquefies, blisters appear all over the body. Diarrhea and vomiting begin, and both are often black, filled with virus-laden blood. Victims begin bleeding through all their openings and eventually die due to blood loss.

An experimental vaccine has been developed since the last major outbreak, which killed more than 11,000 people between 2014 and 2016. The vaccine is now being distributed to people experts think are most in danger from the disease. It should be effective, but there is no way to be certain at this early stage.

In addition to distributing the vaccine, officials are seeking to screen travelers and to inform the public of the danger.

Officials are optimistic that the disease will be contained. It is possible it could spread along the Congo River to other countries, such as to the Republic of the Congo, or to the Central African Republic.

There is also a remote chance it could spread to Europe, particularly to Belguim which still has economic ties and significant travel to the region. Officials are on watch in these regions and screenings are taking place.

There is little need for widespread public concern at this time.