At least 19 people, including two priests, were killed on Tuesday when nomadic cattle farmers in central Nigeria opened fire at morning Mass in a Catholic parish. 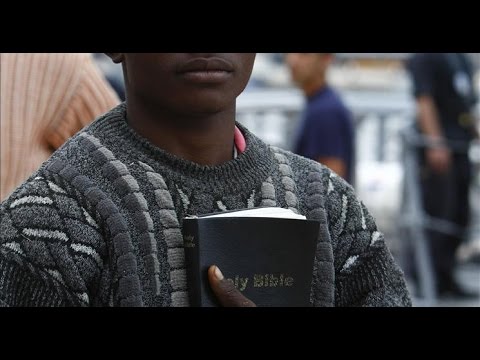 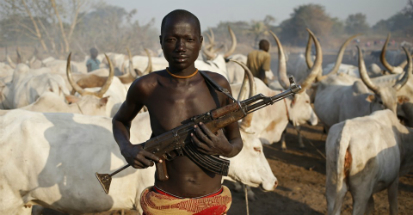 Jos, Nigeria (CNA/EWTN News) - Reports indicated that Fulani herdsmen attacked Saint Ignatius Church in Ayar-Mbalom, a town within Nigeria's Benue State, on April 24. According to officials, the herdsmen killed 17 worshipers and two priests: Father Joseph Gor and Father Felix Tyolaha.
After the attack on the church, the herdsmen proceeded to shoot residents in the area and set fire to around 50 homes, according to survivor Peter Iorver, whose stepmother had been a victim.

"The herdsmen came and opened fire on the church while morning mass was going on," Iorver told New Telegraph, a local newspaper. "After they attacked and killed those in the church, they left and started shooting sporadically, killing residents around the area."

"They burnt over 50 houses and destroyed food and farm crops as they retreated to their base. My stepmother was one of the victims; she was at the mass when the attack happened."

While none of the attackers have been arrested so far, Nigerian President Muhammadu Buhari pledged to find those responsible for the shooting.

"This latest assault on innocent persons is particularly despicable. Violating a place of worship, killing priests and worshippers is not only vile, evil and satanic, it is clearly calculated to stoke up religious conflict and plunge our communities into endless bloodletting," he tweeted.

Muhammadu Buhari
@MBuhari24 AprI extend my sincere condolences to the Govt and people of Benue State, the Mbalom community, and especially the Bishop, priests & members of the St Ignatius' Catholic Church, whose premises was the unfortunate venue of the heinous killings of worshippers & two priests by gunmen.

Muhammadu Buhari
@MBuhari This latest assault on innocent persons is particularly despicable. Violating a place of worship, killing priests and worshippers is not only vile, evil and satanic, it is clearly calculated to stoke up religious conflict and plunge our communities into endless bloodletting.

"Tuesday's killing of priests and parishioners on the grounds of St Ignatius Catholic Church in the Makurdi Diocese signals that the religious violence in Nigeria is escalating," he said. "It's imperative that Nigerian authorities punish those who are culpable, lest violence worsen during the upcoming election cycle."

"Nigeria should explore justice system reforms that address grievances so that herdsman -- the perpetrators of much of the recent violence -- "cease targeting farmers, exacerbating religious and ethnic tensions in the process," Smith continued, adding that the creation of a religious equity commission would also be timely.

Violence between Fulani herdsmen and farmers has increased in recent years, as climate issues have pushed herders further south.

By mid-January this year, more than 100 deaths had been attributed to the herdsmen.
The Catholic Bishop's Conference of Nigeria voiced grave concern about the violence in a January statement. They recognized the challenges faced by the herdsman, but expressed the need for better alternatives to open grazing.

"Government should rather encourage cattle owners to establish ranches in line with international best practice," the bishops said.

"Farmers and herdsmen have a lot to contribute to the socio economic prosperity of our nation. A more enduring strategy must be worked out for their peaceful co-existence and mutual respect."