An ancient disease is stalking humanity once again, and this time it is exceptionally deadly. The plague has reemerged in Madagascar and is burning through the population there. Doctors fear the new strain is resistant to antibiotics and kills much faster than previous strains. 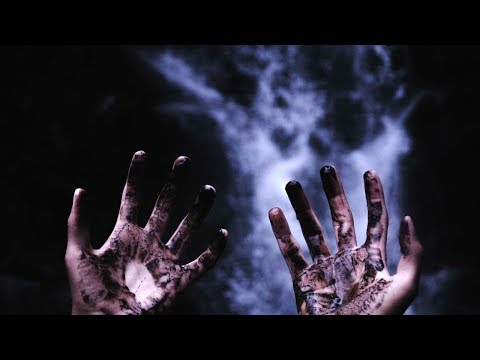 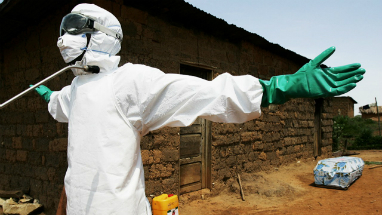 A worker is disinfected after clearing a house of a plague victim. There are inconclusive reports the disease can kill within three hours. Such fast-killing diseases typically burn themselves out before they can spread far. The WHO has sent 1.2 million doses of antibiotics to the region.

LOS ANGELES, CA (California Network) -- The plague, also known as the Black Death, is ravaging Madagascar, and doctors fear the disease will spread to Africa and the rest of the world between now and April.

The plague is thought to have originated in Asia between 20,000 to 5,000 years ago with the germ undergoing a genetic change and becoming exceptionally deadly around 3,000 years ago. It has caused multiple plagues throughout history, notably the sixth century Plague of Justinian and the Black Death of 1347-1354. During the Black Death, the plague killed between 30-60 percent of the people in Europe. At that time, it was feared by many to be the end of the world.

The plague has since spread and can be found in fleas carried by rodents around the globe. Thousands of cases are reported each year, but they are usually cured with antibiotics. The disease normally takes a week to kill, and fatalities only result when victims fail to get help in time.

But every few hundred years or so, the plague appears to mutate and emerge in a deadlier form. This is what is happening in Madagascar.

Local officials have blamed the outbreak on a custom which involves digging up the dead and dancing with their bodies each year until they are fully decomposed. Despite local bans on the practice amid the outbreak, many people have defied the decree. The people believe the dead cannot enter heaven unless this is done. It is unclear if this practice is responsible for the outbreak, or if the disease entered the human population by some other form of transmission.

What doctors do know is that this strain is extremely virulent. Whereas the plague normally takes up to a week to kill, the new strain has reportedly killed within three hours. That's faster than doctors can respond with life-saving antibiotics.

People treating the sick can also catch the pneumonic plague, which is the same disease but spread by coughing. A victim who catches the disease in their lungs will die within 24 hours.

So far, about 2,000 cases have been reported with 165 fatalities, but doctors fear the disease and deaths are going underreported.

If there is any consolation, it is that the disease is killing so quickly, it may burn itself out in a short time, killing its patients before it can spread very far. Sick people travel less.

However, countries in Africa and the islands around Madagascar are on high alert, looking for sick people stepping off boats and planes. Plague victims are easy to recognize, as their skin turns black and their lymph nodes swell. The disease is painful and causes severe coughing fits.

The disease has a history of pandemic capability, so doctors fear such an eventuality. Should the disease outbreak to the rest of the world, it could ravage populations. It could also mutate further, developing new, yet deadlier varieties of itself.

At this time, officials from the World Health Organization as well as from an array of other public health agencies are working around the clock to stop the disease. However, they warn their resources are tight. The World Health Organization has sent 1.2 million doses of antibiotics to the region. They also warn they expect the plague to become worse before it gets better.

For now, the world has nothing to fear, since the disease is regionally contained. However, if it makes the jump to Africa, the long-term outlook could be grim.