At a parish event, my son couldn't count back change. That's when my eyes were opened...

Free World Class Education
FREE Catholic Classes
He had good grades, but what was he learning?

At a recent parish event, I realized my son couldn't count back change. He goes to one of the better public schools in the area. When our parish held a fundraiser event, he was trusted with handling change, and while he managed well enough, he did it all the hard way. This isn't the only problem I've had. He's a good kid, but recently we've had uncomfortable discussions about things like race issues, gender, and even American history. I discovered he hasn't learned all his times tables and doesn't know basic formulas. I won't tell you what his writing looks like. 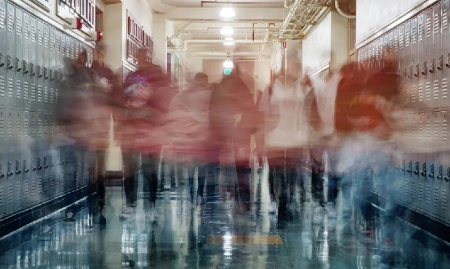 How I encountered an uncomfortable problem with my son's school, and how I overcame it using a Catholic resource.

I'll admit, I dropped the ball here. Like any parent, I assumed that if his grades were good, he was getting the education he needed. But upon closer inspection, speaking to fellow parents, I came to uncover a shocking truth. My son, and perhaps yours too, is being indoctrinated in school.

There seems to be an attitude that our children don't belong to us. Recently, during a Teacher of the Year ceremony, a prominent political figure said the quiet part out loud, "They're all our children when they're in the classroom." And the context wasn't a loving, caregiving context, but rather a paternalistic one, where it is up to the public schoolteacher to impart morals. But whose morals?

The fact is, they aren't teaching our kids to do the things they need to survive in the real world. They aren't learning reading, writing, and arithmetic. Instead, they are learning things about gender, race, and history that are rooted in an agenda, instead of science and reality. This is dangerous. And the sad part is, at more than one parent-teacher conference, the teachers themselves admitted it. Some hate it too, but it's baked into the curriculum, and they can't avoid it.

I have a duty to raise my children right. That includes ensuring they know their reading, writing, and arithmetic -- but their faith and morals as well.

The Catechism explains that as parents, we are the first teachers of our children, and the home is the first school. We are the ones who taught our children to talk, to walk, to take care of themselves. We helped them learn their first sport or pursue their first interests. And that responsibility doesn't end when they go to kindergarten, high school, or even college. It's a lifelong responsibility.

My struggle to come to terms with the sad fact that I was failing as a parent ended when I discovered Catholic Online School. I know this sounds "cheesy," but it really helped. I found it because I needed a way to refresh my own catechesis and to get my son on the right track with his faith formation. I couldn't afford to phone it in any longer. Catholic Online School was the resource I needed.

I like Catholic Online School because it is a magisterial platform. I spoke to them about it, and I asked my priest, who was already familiar with it. All their content is 100% faithful to the official doctrine of the Catholic Church. It's also free. Their mission statement says they're dedicated to providing a free, world-class, Catholic education to anyone, anywhere. And they must be doing something right because they have nearly one million student enrollments across 193 countries.

I started taking some of the courses on there with my son. We each enrolled and took classes and these prompted discussions over the dinner table, in the car, and in the garage. It seems to be working because it's helped him to become a critical, Catholic thinker, and it's improved the way he relates to others. It's a Godsend, and it's so easy and accessible. There's no tuition, no books, and all the lessons are short and to the point, so they hold our attention well.

As we improve his faith formation, I have opportunities to teach some of the skills his public school won't, like how to count back change, calculate a formula, even change a tire, and address a letter. I can counteract some of the indoctrination they're force feeding our kids.

Fight back against indoctrination.

Catholic Online School is making a difference, but it can't operate without the support of heroes like you. Without you, the school can't operate, and people like me won't make the connections we need to counteract the agenda they are pushing in our schools. By making the school free, I was able to use it immediately and as much as needed. And I was really impressed with the breadth and depth of catechesis there. Many classes are taught by deacons and professional catechists. All of them are reviewed by actual Catholic clergy.

If you agree with me that our children belong to us, not the government, and that we are their first and most important teachers, will you please join me in supporting Catholic Online School? The school is developing curriculum across a variety of subjects, including secular courses, such as lessons on grammar, science, and history. It's an important resource for people who want to bring their children up in the Way of Christ, in a world that is hard-set against the Gospel.

Please join me in helping by donating today.

EDITOR'S NOTE: This letter was sent to us by Brendan Walsh, whom we invited to share his testimonial with our readers. Walsh is a parent of 18-year-old senior student, Stephen Walsh. They live, worship, and study in the greater Boston area.