"When God shows up like that, it changes everything," exclaimed Michelle Schachle, mother of the baby whose miracle lead to the beatification of Fr. Michael McGivney. 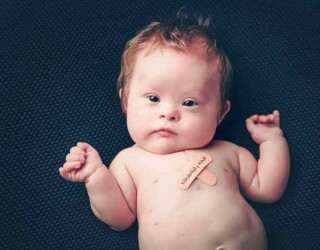 LOS ANGELES, CA (Catholic Online) - According to Catholic News Agency, while pregnant with her 13th child, Michelle discovered he had both Down Syndrome and fetal hydrops.

Fetal hydrops is a very uncommon, and usually fatal condition that causes fluid to build up around the vital organs of an unborn baby.

This news nearly broke the Schachle family, but they refused to give up hope. They reached out for help with prayer.

Commonly, Catholics will pray to established saints whose patronages are proven to help, but Michelle and Daniel Schachle decided to pray to someone who meant more to them as a family, Fr. Michael McGivney, the founder of the Knights of Columbus.

This was a "no-brainer" for the Schachle family, according to CNA. Daniel works for the Knights of Columbus and was previously the Grand Knight of his local council. They even call their personal homeschool the "Fr. McGivney Academy.

"We've worn out his prayer card over the years," said Daniel, who admits that when it came time to invoke some spiritual help during a crisis, there was no question about what they would do next.

"We knew that (Fr. McGivney) looked out over our family, and we looked to him a lot and asked him to pray for us, anyways. So it was more of a natural, I would say, flow."

Their unborn child was given "no hope" of survival. The doctors said he had no chance.

"The doctor that ran the neonatal high risk clinic at Vanderbilt University told us that she had been doing this for 30 years and she had never seen a child survive the diagnosis," Daniel explained to CNA.

The Schachle parents had previous experience with the heartbreak of a stillborn child and struggled with the fear this might happen again.

Michelle and Daniel prayed for their unborn baby and Fr. McGivney reportedly came through in a huge way. Hundreds of people joined the family in praying for McGivney's intercession of the baby, and the family joined the Knights of Columbus in a quick pilgrimage to Fatima.

"I remember praying the whole, the entire trip (to Fatima), 'let Michael be the miracle,' but like in my heart of hearts, that meant he would live," Michelle explained to CNA. "And I never thought beyond him living...I only wanted him to live."

Daniel recalled to CNA that he was thinking, "There's gotta be a baby (who) survives this at some point. Why can't it be ours?" along with "You know, Fr. McGivney needs a miracle. Why can't it be Michael?"

During Michelle's next ultrasound ... there were no signs of fetal hydrops. Her doctor that day began to discuss birthing plans, completely unaware that Michelle was previously told she was caring a terminally ill baby.

"And so I just looked at her and I said, 'Doctor, I was told there was no hope'," Michelle told CNA, noting that learning her son would likely survive his birth sent her into "a lot of shock" and that the rest of that day was a blur.

On May 27, 2020, Pope Francis confirmed what the Schachles already knew: they had witnessed a miracle. After extensive medical examination, the unexplained healing of their baby was decreed a miracle that arose through the intercession of Fr. McGivney.

As a result of that miracle, McGivney will be beatified, and referred to as Bl. Michael McGivney.

In honor of McGivney, Michelle and Daniel named their baby Michael. And though the rest of Michelle's pregnancy didn't go as planned and baby Michael had to spend several weeks in the hospital after birth, today, Michael is a happy and active five-year-old.

According to CNA, "he has no conditions related to his prematurity or fetal hydrops, and, by his family's account, he's thriving."

While the Schachles prayed, it never crossed their minds that their prayer could lead to the miracle advancing Fr. McGivney's cause for canonization.

"There were times where (the doctors) were like, 'We don't know what's going to happen and he's going to make it or not,'" Michelle said to CNA. "And I'm like, 'I don't think you understand, God has big plans for this child.'"